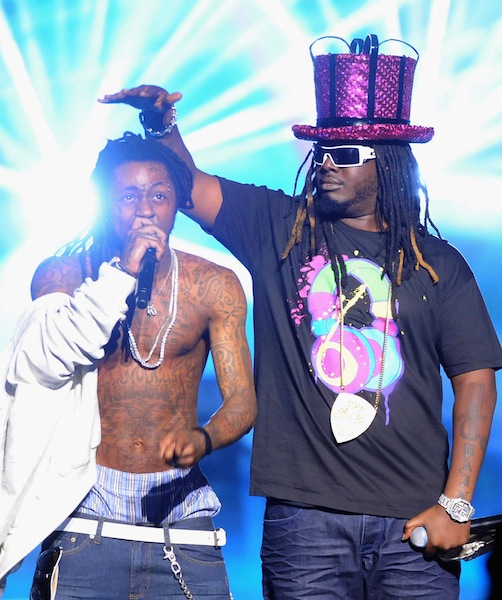 Auto-Tune crooner T-Pain is reportedly gearing up to join Lil Wayne’s Young Money record label. In a video posted online, Gabriel Jacobs — jeweler to some of rap’s biggest names — is seen showing off a piece in the shape of the Young Money logo that also features tiny insignias that are supposed to be the mark of T-Pain’s label, Nappy Boy Entertainment. Jacobs says it was made because T-Pain plans to join Lil Wayne’s team. So far, T-Pain has not offered any official comment. The two hip-hop stars have worked together in the past on Lil Wayne’s single “Got Money” and T-Pain’s “Can’t Believe It.” They also have plans to collaborate on a full album, but that project was put on hold until some time after Lil Wayne’s recent prison stint.