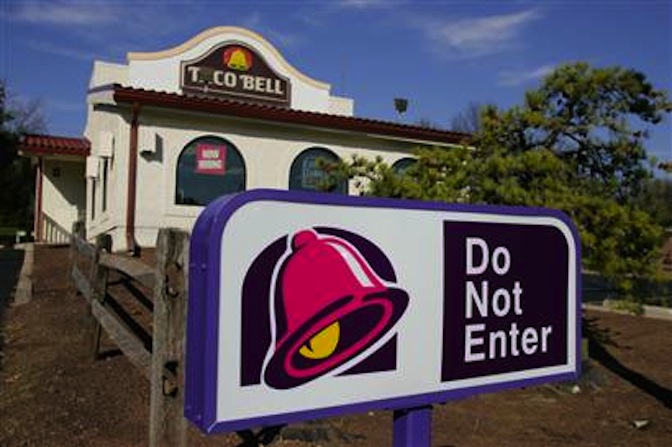 After the announcement of a lawsuit against Taco Bell disputing the actual beef content in their foods, the fast-food chain plans to “set the record straight” â€” and is fighting back in a big way. Taco Bell launched an advertising campaign Friday, including full page ads in the Wall Street Journal, USA Today, New York Times and other major newspapers, as well as online stating, â€œThank you for suing us. Here’s the truth about our seasoned beef.” Below will be an outline of their meat ingredients. I really don’t know how I feel about this.

The class-action lawsuit was filed late last week in a California federal court. It claimed Taco Bell falsely advertised its products as “beef.” The suit alleges that the fast-food chain actually uses a meat mixture in its burritos and tacos that contains binders and extenders and does not meet requirements set by the U.S. Department of Agriculture to be labeled “beef.”

Taco Bell quickly denied the accusation, calling the lawsuit â€œbogusâ€ and â€œcompletely inaccurate.â€ On its website, the company stated “Our beef is 100% USDA inspected, just like the quality beef you would buy in a supermarket and prepare in your homeâ€¦Our seasoned beef recipe contains 88% quality USDA-inspected beef and 12% seasonings, spices, water and other ingredients that provide taste, texture and moisture.â€ The company also added it uses no extenders.

The lawsuit, filed by the Alabama law firm Beasley, Allen, Crow, Methvin, Portis & Miles, doesn’t specify what percentage of the mixture is meat. But the firm’s attorney Dee Miles said the firm had the product tested and found it contained less than 35 percent beef. The firm would not say who tested the meat or give any other specifics of the analysis.