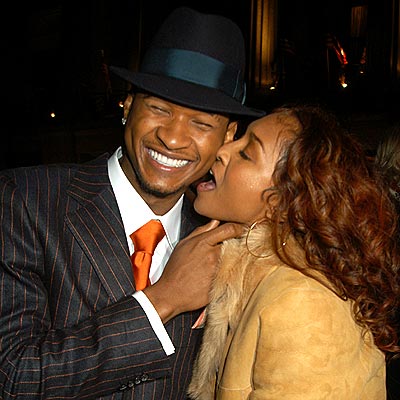 You may have seen Vh1’s Behind The Music on last week (July17) where Usher explained his rise to super stardom, and his relationships with his mom and dad, his label, Chili, and Tameka and the kids. Sources say after the airing of the show, Chilis segment and personal accounts of Usher caused Tameka to sound off via Twitter. Of course people were wondering why Tameka didn’t get an interview for the show.

“I hv no reason 2 be jealous or bitter I have “what she wants”. Be clear abt this. I DECLINED to speak yet she was so anxious to. Go figure”.

At this time the tweets have been deleted, but she also said,

“So was 250 other GIRLfriends of his…they all were important and he ‘loved” them all. she’s delusional and doesnt matter. I dont care abt her”

But I will say Chili did seem rather anxious like she had a story to tell, or to set the record straight. I don’t know, but Usher seemed to be going a little crazy when he was with Tameka…I think Chili was a better fit. But I’m just the messenger. If you saw the interview of Usher of Vh1, what do you think?