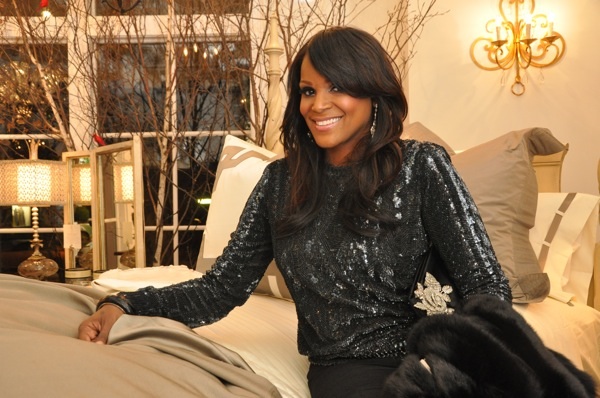 Tameka Foster sets the record straight about her going toÂ the cast of the Atlanta Housewives.Â Its never going to happen. This is what she sent out:

“While I am flattered at the rumor circulating about being considered to join the cast of The Real Housewives of Atlanta, I am absolutely not joining the cast. I was initially approached by the producers for last season and declined. At this point, my priorities are focusing on being a mom and my philanthropy, Lost Ones Foundation.”

Tameka who is considered one of the top Â stylist in the country, started Lost Ones Foundation after her frightening preplastic-surgery complications in Brazil (according to her rep, the complications happened before any surgery took place) to help at-risk teen girls develop both better self-esteem and a more positive body image. The Atlanta organization’s first bi-annual retreat is this weekend at ChÃ¢teau Ã‰lan in Braselton, Ga., and more information can be found at lostonesfoundation.org.

Tameka’s people also said: “She hasn’t talked to anyone from [Housewives] since 2008, and she would never consider doing it. Her life is very private. She knows a lot of the women and has great relationships with them, but she’s focusing on her foundation right now.”

As for her private life with ex-husband Usher, Tameka’s rep says, “She’s coparenting with Usher, and they are enjoying parenting together right now.”

Shoot out to E for the story. Â But I must say I would love to see Tameka on the show, wouldn’t you?