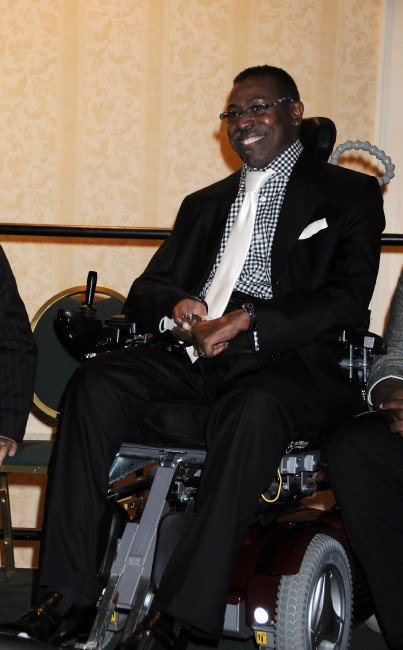 Soul singer Teddy Pendergrass has died at the age of 59 following “a difficult recovery” from colon cancer surgery, his son has told the AP news agency.
Teddy Pendergrass II said his father had died at a hospital in Philadelphia.
He was paralysed from the waist down in a 1982 car accident. In 2001, he went on his first tour since the accident.
Pendergrass enjoyed early success with Harold Melvin and the Blue Notes, whose hits included If You Don’t Know Me By Now, before going solo in 1976.
He was the first black male singer to record five consecutive multi-platinum albums in the US.
Pendergrass, who has used a wheelchair since his accident, made a return to live performance at the Live Aid concert in Philadelphia in July 1985.
“To all his fans who loved his music, thank you,” his son said.
“He will live on through his music.”

Here is my favorite song TKO