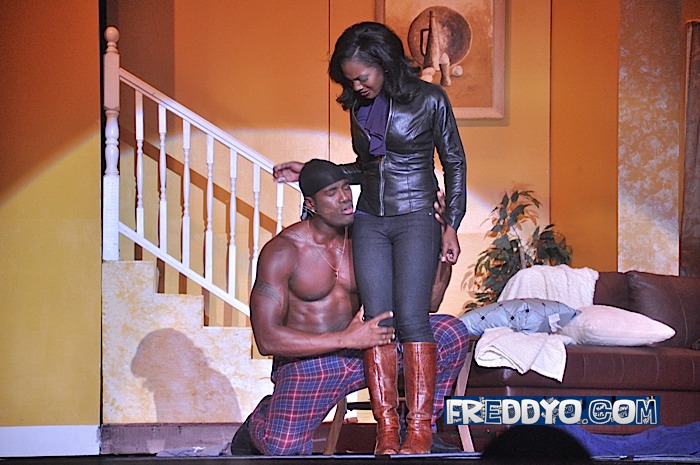 This past weekend Singer/Actor Terrell Carter provided his fans with a real treat! I know yall might be like who the hell is he but he is the guy from Tyler Perry, plays and movies that be singing his butt off.

He recently had a listening party for his latest cd FINALLY at Room Service Lounge. The place was packed; Terrell arrived and greeted each of his fans with smiles, autographs and plenty of pics. The show also included a special performance by R & B Artist Dawane Wilson as well as Trevon Davis from BETâ€™s Sunday Best. Davis is currently in ATL performing in DREAMGIRLS at the Fox Theater.Â Here are all the pic’s..

The night was filled with surprises; Terrell sung the title track from his cd â€œFINALLYâ€ and had the crowd up on their feet. This track really demonstrates this brotherâ€™s tremendous vocal skill. The night included a special appearance by vocalist Nicci Gilbert of the signing group BROWNSTONE. Nicci, also brought her cast of her upcoming stage play, SOUL KITTENS CABARET, which she wrote and directed. Soul Kittens also stars Terrell Carter along with Fantasia, Faith Evans, Chrystale Wilson, Tondy Gallant, Sarallison Duke and Miss Sophia. You can pick up the DVD of Soul Kittens Cabaret at your local Walmart and other retailers on 1/11/11. Iâ€™ve seen previews and its going to be HOT! Speaking out HOTâ€¦donâ€™t forget to pick up a copy of Terrellâ€™s new CD FINALLY at his website.