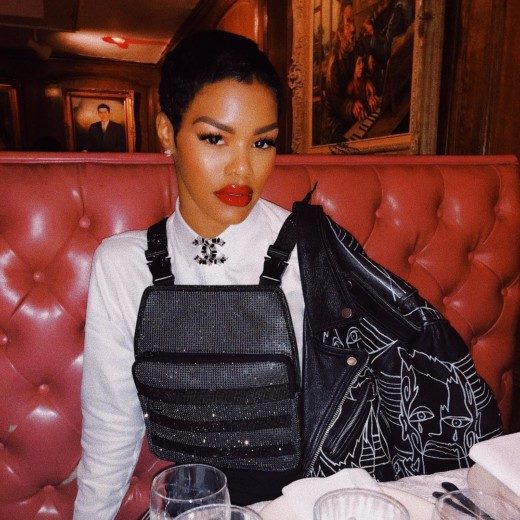 Teyana Taylor took quite a fall during a tour stop at the PlayStation Theater in New York City. In a video, obtained by TMZ, the K.T.S.E. creator is seen dancing on stage before she runs out of the room and slips off into the crowd. It isn’t long before she bounces back up to continue the performance though.

This isn’t the first time Taylor has had to live by the words “this show must go on.” Last week, during a tour stop in Washington, DC, she lost her wig mid-performance but decided to incorporate it into her hard-hitting moves.

“The show must go on ALWAYS!” she wrote in an Instagram caption with a video of the moment.

After Jeremih got removed off of his own tour last week, Taylor continued on a solo trek named after her album: KTSE on Aisle VII.

“#LaterThatNightTour will now be the #KTSEOnAlseVII TOUR. Toronto will be rescheduled for later this week & All other dates will remain the same. I will also keep @DaniLeigh on as my special guest. I promised y’all I would work it out regardless,” she tweeted.

Jeremih has since said he won’t be adding to Taylor’s beef with him.

“While I am extremely pissed about the disrespectful comments & name calling that has been made, I hold no resentment or vengeance in my heart. I am more disappointed for OUR fans.. nonetheless I must move forward but I wish Teyana & Dani nothing but the best,” he tweeted.