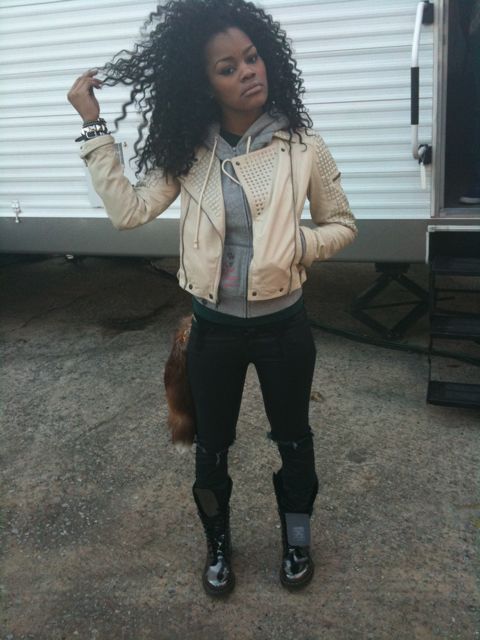 Well we know TeyanaÂ ain’t 16 anymore but apparently she isn’t sweet either. Former Sweet 16 star turned household name Teyana Taylor is being named as a suspect in a beat down against another unknownÂ female.

Reportedly a trip to a recording studio in Burbank Saturday nightÂ went south when the female victim made commentsÂ about Teyana’s friend Chris Brown. It is said that Taylor went HAM and punched the unknown female in the face several times. Once the victim hit the floor she then began to kick her. We are told that the victim walked away with a swollen face, scrapes and bruises.

Upon police arrival Teyana fled the scene and all attempts to contact her have been unsuccessful. The incident is being investigated but so far no charges have been filed.