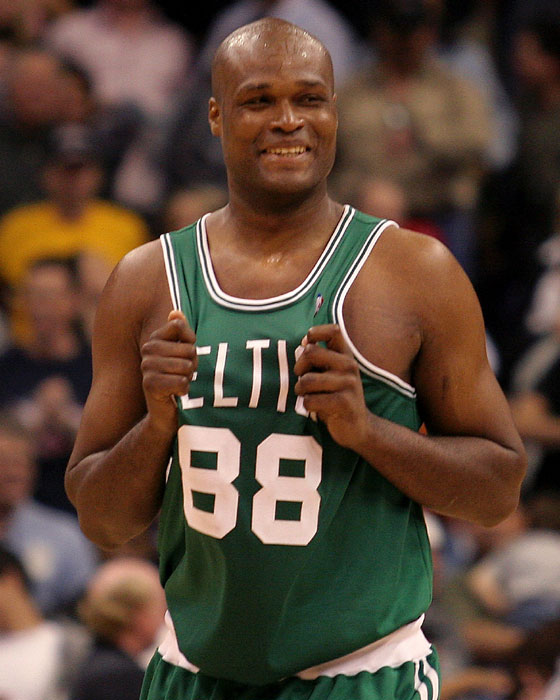 Drama, Drama, Drama follows former Heat and Boston Celtics Â baller, Antoine Walker, Â former fiance ofÂ Evelyn Lozada the chick off Â the reality show, “Basketball Wives.” Â He was charged with writing Â millions ofÂ  worth ofÂ  rubberÂ checks to casinos and loan officersÂ and he hasn’t paid it back yet.Â Â In Â a Las Vegas courtroom, Walker was ordered to trial because he hasn’t made an progress inÂ clearing his financial burdens.Â  See you know who is here for you when your money runs out….Your old lady left you and you are about to lose your freedom. I wonder if the Celtics were to win, would they give him some money just because? …

Antoine is now facing up to 12 years in prison if convicted for his broke antics:

The judge noted that Walker hadn’t made any progress repaying some $770,000 he owes on a promise last November to pay $905,050 in restitution, court fees and penalties. At the time, Walker forfeited toward that amount the $135,000 cash bail he posted following his arrest at a celebrity golf tournament Â last July in Lake Tahoe.

Andress-Tobiasson bound Walker over for trial in Clark County District Court on three criminal bad check charges that, combined, could get him probation or send him to prison for up to 12 years if he’s convicted.

The charges stem from $1 million in casino markers, or gambling loans, that Walker used between July 2008 and January 2009 at Caesars Palace, Planet Hollywood and the Red Rock Resort. Nevada law treats unpaid markers as bad checks, and they can be turned over to the district attorney for prosecution.

Walker’s bankruptcy filing claims $12.7 million in liabilities and $4.3 million in assets, including the 2006 NBA championship ring he won with the Miami Heat.