Recently-released rap star T.I. is getting rave reviews from one of R&B’s brightest stars. The-Dream recently spoke with MTV News and revealed that T.I.’s rhymes are on a whole new level. He proclaims, quote, “Tip is in a zone, man,” adding, quote, “Every record he played me, I was like ‘Wow.’ I could just feel it. It wasn’t about judging it. It wasn’t about, ‘Is this a single or is this that?’ It was just, ‘Wow, where have you been? Where’d you go?'” The-Dream goes on to describe T.I.’s work as “elevated,” noting that he’s, quote, “rapping like he’s in space. Not a place we don’t know – it’s in the same area – but his vibe is just wider now.” 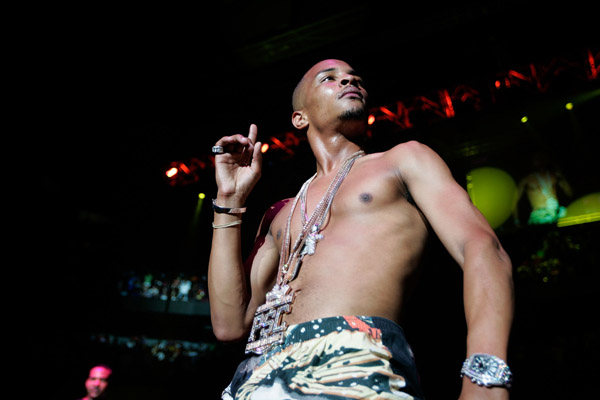 The-Dream recently collaborated with T.I. on a track titled “Sex Intelligent,” which will appear on The-Dream’s upcoming album “Love King.” The record is slated to drop on May 18th. T.I., who was released from prison last month after serving time for federal weapons charges, will release his yet-untitled, seventh studio album on August 24th.