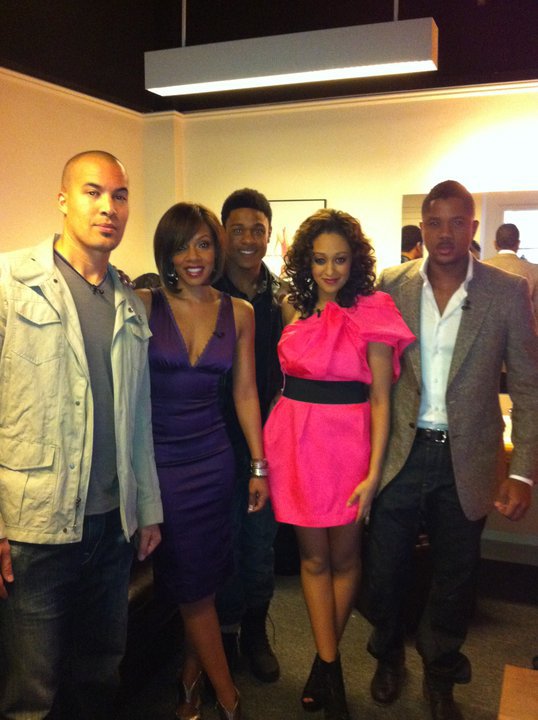 For all yall people that love the TV show The Game, BET just gave the go-ahead to start production on the new season of the show. I was told the show will start back taping right after Tia has her baby and a month of mama time.

“We will start taping in August or September, and the cast will all be back with a twist?” … I asked what the twist was and my source said…. I had to wait till the show comes out to find out what it is.”

The AJC is also reporting that the show was given Â 22 episodes:

BET, not surprisingly, has given its two recent scripted hits â€œThe Gameâ€ and â€œLetâ€™s Stay Togetherâ€ new seasons, 22 episodes apiece. Both shows are shot in Atlanta and will begin production soon.

â€œThe Game,â€ a relationships comedy which was on the CW for three seasons but was canceled in 2009, found a new home last year on BET. There, the show debuted at a robust 7.7 million viewers and continued to draw 3 to 4 million viewers per new episode by seasonâ€™s end.

The original â€œLetâ€™s Stay Together,â€ another relationship-based comedy, opened at 4.4 million but drifted down to around 2 million viewers per episode by seasonâ€™s end. Relatively speaking, its retention of â€œThe Gameâ€ audience was not that great but obviously good enough to keep around.

RonReaco Lee, who grew up in Stone Mountain and plays Jamal on â€œLetâ€™s Stay Together,â€ told me today in an interview that â€œLetâ€™s Stay Togetherâ€ should begin production in Atlanta at the end of May or early June. Last year, the show taped in the space occupied by â€œThe Moâ€™Nique Showâ€ at Turner Studios while that talk show was on break.

â€œThe Gameâ€ taped last year at the new EUE/Screen Gems, the space formerly occupied by the Lakewood Antiques Market, and should be returning there soon.