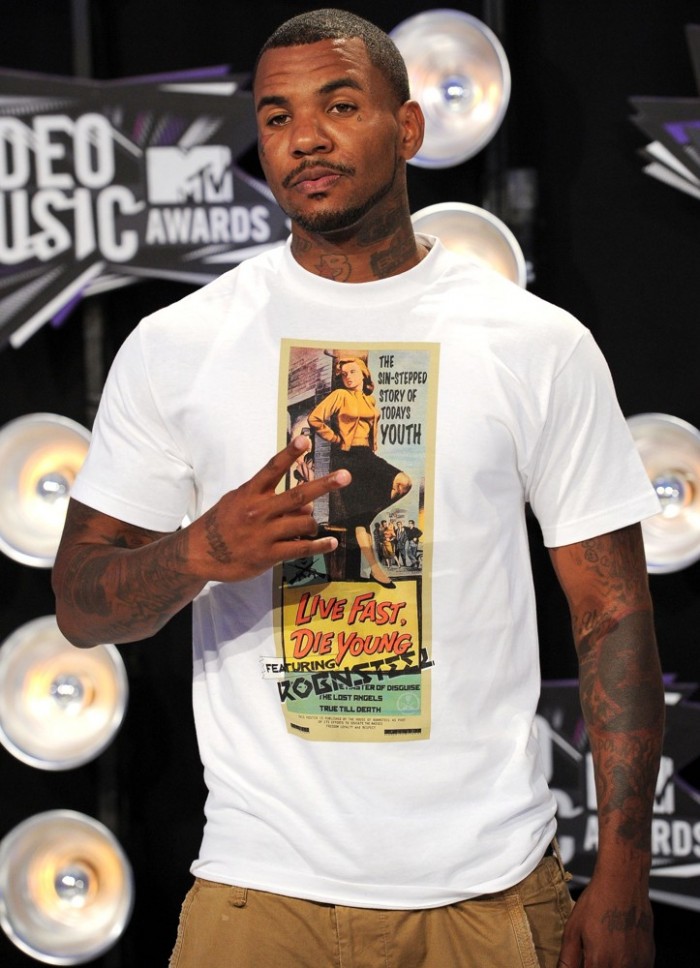 The Game recently opened up about his views on the homosexual community in an interview with VLADTV. News source TMZ caught wind of the interview and posted an article titled ‘The Game: Closeted Gays Spread Aids’. Apparently The Game wasn’t too happy about the title of the post and fired back at TMZ on twitter. While making his point to TMZ though, he dropped a name: 50 Cent. In his interview with VLADTV, he never said any specific names but did say that there were some gay rappers in the industry. Interesting that he took this moment to drop 50’s name. I’m guessing The Game doesn’t care that he dropped 50’s name either because he still hasn’t deleted the tweets and he said it hours ago. Check the tweets out for yourself! 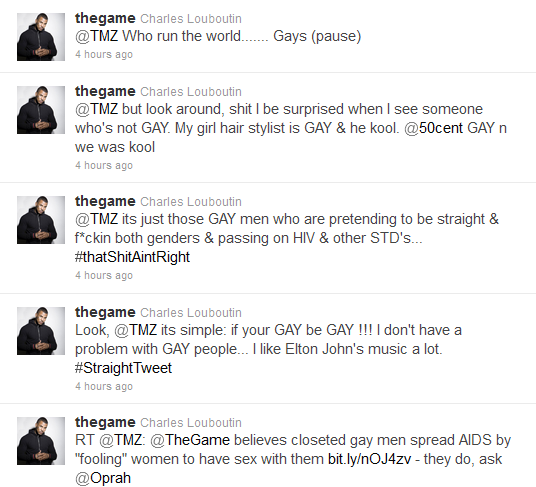 Do you think 50 Cent will fire back to what The Game said? 50 is known for ending careers. Do you think The Game’s statement about 50 is even true?