The Kardashians Cover the 50th Anniversary Cover of Cosmopolitan Magazine! 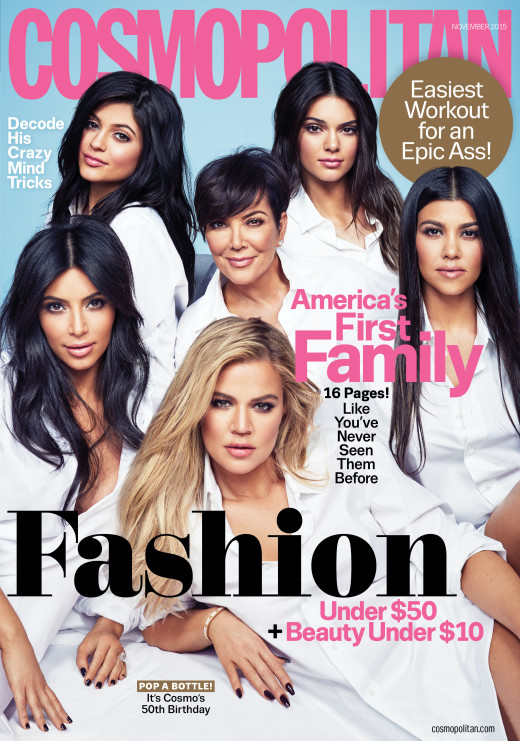 The first family of entertainment in the social media world covers the 50th Anniversary issue of Cosmopolitan Magazine. The family is known for their rise to fame, noterity, and fashion sensibility; they a lot in common with the magazine that’s been celebrating womanhood, faame, fashion, and fun for over fifty years.

Cosmopolitan — the world’s largest magazine and best selling monthly magazine in the U.S. — celebrates its 50th birthday with the November issue featuring the Kardashian/Jenner family as they’ve never been seen before (officially on newsstands October 13). 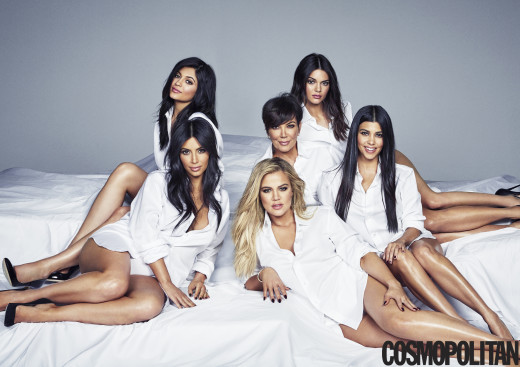 Kris Jenner, Kim Kardashian, Khloé Kardashian, Kourtney Kardashian, Kendall Jenner, and Kylie Jenner are featured on the cover and inside the magazine the girl squad to end all girl squads shares the secrets of their ride-or-die sisterhood.

Ryan Seacrest gives the foreward for the iconic issue by having this to say about the Kardashian/Jenner family,

“No one could have predicted the Kardashians’ and Jenners’ success. But when you spend time with them, what resonates is the family unit. There are so many things about them that are glamorous, crazy, and unlike our lives, but the sense of family is universal. They love and stand by one another no matter what.”

The November issue is up+35% in revenue and +30% in ad paging and Cosmopolitan will celebrate its birthday with a party in Los Angeles on October 12, presented by COVERGIRL. There will be a Cosmo, COVERGIRL and Snapchat Live Story from the party – tune in on Snapchat at 4PM ET/7PM PT.

Katie referenced as the “Queen Of Drill” is gladly adjusting her crown this new year with a brand new single called “Work It Girl” released...
Read more
African American Issues

Please join Attorney/Author Tiffany Simmons for her special Sip & Read from the 1st series of Trap Novels "The Plug's Lawyer," and you will...
Read more
Artist Spotlight

Daze, publicly known for his multi-tiered brand Scrilla Guerillaz Magazine is changing the game with a new inked deal with Amazon Fire TV. You may...
Read more
Entertainment

A year ago there was an uproar when it was announced that a white actor, Joseph Fiennes, would be portraying Michael Jackson in a...
Read more