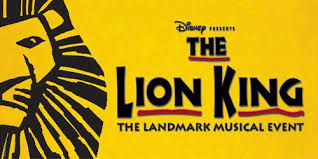 I had the opportunity of a lifetime last night at the Fabulous Fox Theatre as I sat on row 11 directly in the center and enjoyed The Lion King. The Tony Award Winning Stage play has roared its way to Atlanta with its EPIC performances, larger than life costumes, and one of the best stories of our time.

Nobody can do a story like Disney and the Broadway version of The Lion King is absolutely fantastic. The lively stage play included larger than life performances that included dancing, singing, acting, and life-size puppets of Africa’s most majestic animals.

Pride Rock roared with elephants, giraffes, cheetahs, hyenas, monkeys, and of course the lions. As I sat in the middle of the theater I felt like I was in a dream. The Lion King is truly a spectacle of GREATNESS set to music. The cast of about 40 members song and danced us into the African savannah.

There were 2 musicians that kept the cast on beat with African rhythms. They did all of the songs from the 1994 The Lion King movie including Elton John and Tim Rice’s Oscar-winning “Can You Feel the Love Tonight”. I was especially amazed at the wonderful exotic details from the sunrise to the blades of grass that the dancers brought to life.

If you are in Atlanta you should definitely put The Lion King on your to see list; it’s definitely the show of the season.

Secure your tickets today by visiting Broadway in Atlanta for details.

Special thanks to the homies over at Brave PR & Broadway in Atlanta for the invitation!