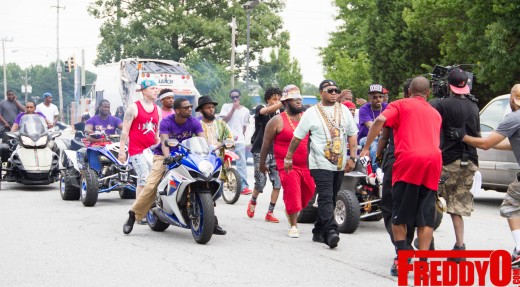 Rolls Royce Rizzy shut the ATL down yesterday for his epic music video filming featuring the big homies Jermaine Dupri, Twista, K Camp, and Lil Scrappy. Check out the details below about “Gah Damn”. Check out this behind the scenes video snippet..

So So Def Recordings, Inc has signed rapper Rolls Royce Rizzy to its roster under So So Def/RCA. The deal was sparked by the remix to the street hit “Gah Damn” featuring So So Def founder/CEO Jermaine Dupri, Twista, K Camp and Lil Scrappy. The homie Rizzy first dropped “Gah Damn” in 2013. The song gained an online following and found its way to Dupri, who heard the song earlier this year and immediately decided to record a verse to it. “When I heard the record, it reminded me of how people talk in Atlanta,” said Dupri. “Atlanta is getting away from showing off its culture. ATL is not just about going to the club. There’s an entire lifestyle here that’s unique to any other place in the world. “Gah Damn” spoke to me in that way. Shortly after issuing the remix, Dupri offered Rizzy a deal. Now, the super-producer and artist are working on new music that’s slated to drop this summer.

Check out the photos taken by Briana Crudup for Freddyo ! 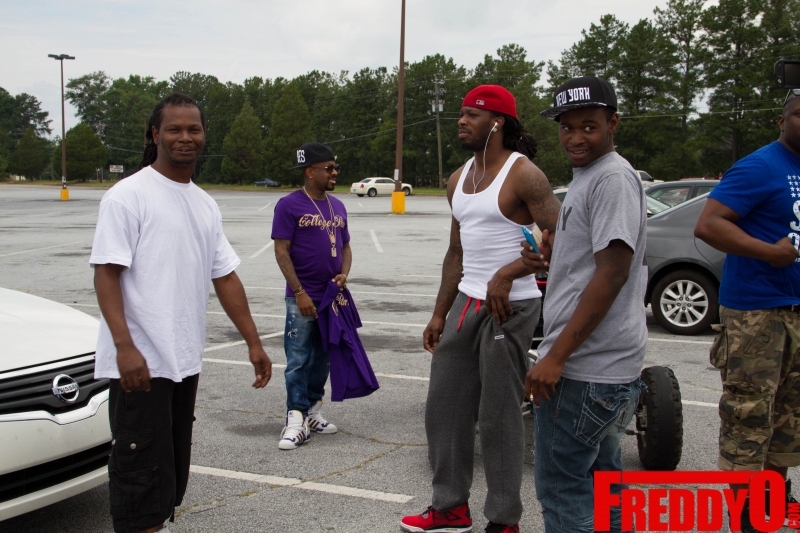