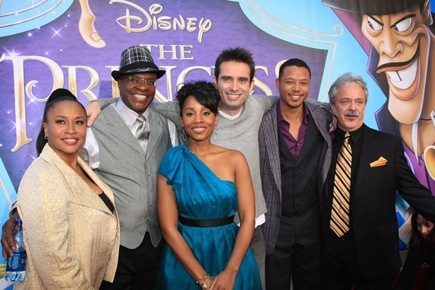 Congrats to Anika Noni Rose, Oprah, Terrence Howard, Jenifer Lewis, and the rest of the cast of The Princess & The Frog. Disneyâ€™s first black princess pulled in $25 mill at the box office this weekend giving it that #1 spot. And itâ€™s kinda like a big deal. Thereâ€™s already Oscar buzz surrounding the 2-D flick as well. 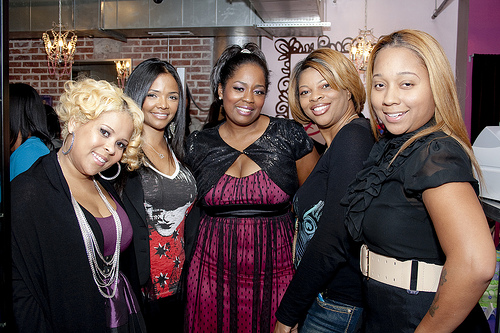 The Glam Bar hosted a beauty and pampering night out for mother/daughter pairs titled “Princess Dreams”in conjunction with Carol’s Daughter for Disney’s “Princess and the Frog”. Makeovers were given to under privileged young girls apart of the following foundations, Big Boi’s (OutKast) “Big Kids” Foundation; Diamond in the Rough Girls Group; Show Me the Way; and Cool Girls Inc. to prepare for a night out at the movies.

Excited to make this a memorable experience, Sherlita Patton (wife of Antoine “Big Boi” Patton); Tami Reed (Talkingwithtami.com); Yvette Caslin (Executive Director, Rolling Out Magazine); and Tashawnya Rainey (Show Me the Way Foundation) signed on as event host for the evening. Also in attendance were Young Joc and daughter as well as the daughters of Ludacris and Big Boi. Young girls were privy to nail treatments, hair styling, light make up, candy and cupcake buffets, photo shoots, and face painting by “Princess Tiana”.

Story and Pictures **Courtesy of The Garner Circle PR** and Felicia Artwell
December 14, 2009