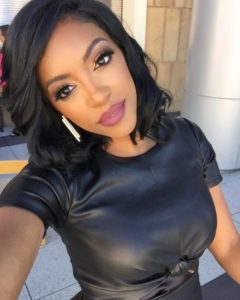 Despite what Kenya Moore may have said on tonight’s episode of The Real Housewives of Atlanta (and what old footage may have appeared to show her admitting to), Porsha Williams wants to make one thing very clear: She’s never been on the giving or receiving end of a “golden shower.”

“That’s wild, that’s crazy. I have never had nobody pee on me, and I would never pee on nobody,” the reality star told E! News. “I hope she’s enjoying her showers. I don’t know!”

Porsha added that she doesn’t understand why Kenya continues to come for her so regularly despite the two not having argued in such a long time. “You would think she would have moved on past it by now, but she hasn’t and I have,” she added. “So, there you go.”

While she and Kenya haven’t had a run-in lately, the preview for next week’s episode hinted at an explosive afternoon for Porsha and the ladies. So what’s that all about? “Well, up until this point in the season, I think people have really been able to see a different Porsha. A Porsha who is very much involved in her own life, no worried about nobody else’s business. A drama-free Porsha,” she explained. “And boom, at that table, drama smacks me in my face. it’s difficult to deal with…I try to leave and it just escalates from that point on because they want to press my buttons.”
For more from Porsha, including a hint about the focus of the rest of the season, be sure to check out the video above.

The Real Housewives of Atlanta airs Sundays at 8 p.m. on Bravo.