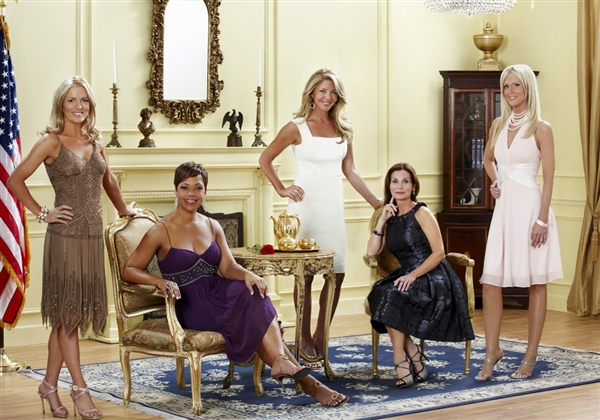 According to the “Wendy Williams Show”

Rumors broke that Bravo had canceled the D.C. installment of The Real Housewives franchise. A source close to the show had claimed that the network would not be renewing it for a second season due to low-ratings and general unpopularity. I would have to say that would be a smart decision, I can remember watching PART of one episode before the glaze over the eyes took place.

Bravo held firm that a decision had not been made regarding season 2. Earlier, the network had announced that no new franchises would be created, adding pressure on the current iterations to stiffen up their ratings. One idea that has been bandied about to save the D.C. franchise: throw out the Salahis, who many thought were the class clowns commandeering the first season, from the reality TV party. But in general, D.C. might not be a fertile city for these shows. CSPAN will have to be good enough.

Do you think that the RHODC should return for a second season?