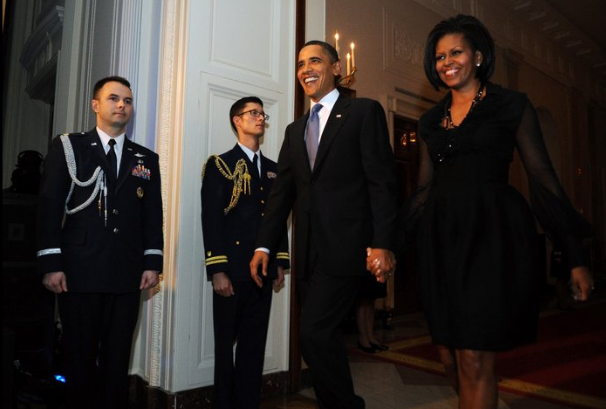 Earlier this week, President and Mrs. Obama began this year’s music series at the White House, first up, a concert in honor of Black History Month with some well-known performers. It was held in the East Room.

The Event featured a star-studded line-up of performers, including Jennifer Hudson, Smokey Robinson, and hosted by Morgan Freeman, with both President Barack Obama and First Lady Michelle Obama presiding.