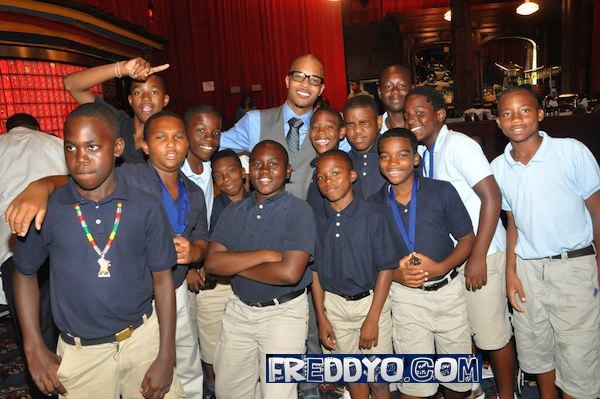 T.I. hosted an event coined K.I.N.G. Camp directed at uplifting young urban youthÂ on yesterday (July26). I had the opportunity to attend the closing ceremonies of the event called â€œA KING Tributeâ€ where the kids were given several awards for outstanding achievement during the summer camp. The awards included accolades in conduct, leadership, sportsmanship, and academic achievement. Ambassodor Andrew Young and Mayor of Atlanta Kasim Reed were also present. The idea of the camp was to take the kids from their current mind frames to future leaders in the community. Â After completing a 12 week summer camp, all the campers recieved certificates and laptops as a gift from T.I.P.

One of the young men even broke down, prompting T.I. to console him. He let him know that even though he made mistakes, it was ok, because he was still a KING. Check out the pics below.