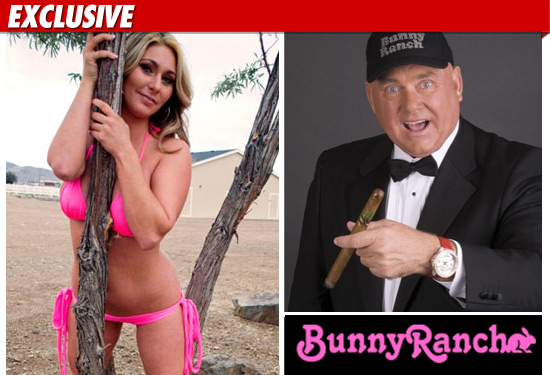 If you have ever watched Bunny Ranch on Real Sex via HBO, chances are you have seen this young lady. Devon James was recently fired from the the famous Nevada brothel for opening her mouth about Tiger visiting the ranch, and violating the companies privacy clause.

According to TMZ, James — mistress number 20ish — is still featured on the website for the world famous Bunny Ranch in Carson City, where owner Dennis Hoff confirmed Devon was employed as a sex worker for “a while.”

But Hoff tells us he recently fired Devon’s ass after she injected herself into the Tiger Woods media circus because she “broke the code — which is privacy and discretion with all clients.” Hoff now states “he wishes nothing but the worst for her. She a scumbag and a snitch. “