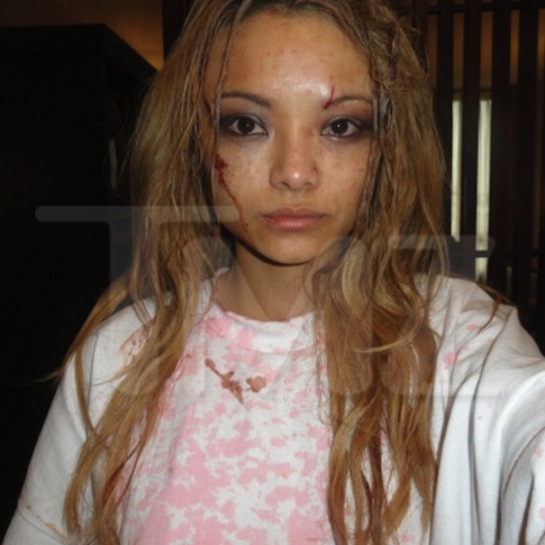 This story seems so unreal.

Tila Tequila was attacked on Saturday (Aug 14) performing while performing music at an Insane Clown Posse Festival in Illinois. Police report that fans threw rocks and fesces from the port-o-potty at her as soon as she came on stage. Â WTF!!!

But, there’s more. Tila releases her version of the story and all of the pictures to media afterward.

*Update* I couldn’t leave this story alone because its so weird. The festival where Tila caught her beatdown is still going on today and features Lil Kim and Method Man. WTF!! The festival is called “The Gathering of the Juggalos.” There’s an infomercial on it, that is just as strange as this Tila news. Â To peep the infomercial, Tila’s side of the story, and more pics of her unfortunate beatdown…

In her own words, Tila said:

I went onstage and immediately, before I even got on stage, DUDES were throwing HUGE STONE ROCKS in my face, beer bottles that slit my eye open, almost burnt my hair on fire cuz they threw fire crackers on stage, and they even took the sh*t out of the port-0-potty and threw sh*t and piss at me when I was onstage.

These people were trying to kill me. So then after the last blow to my head with the firecracker they threw at me exploded, my [sic] bodygaurd and the other security grabbed me and ran as fast as they could to the shitty [sic] trailor. Since their security SUCKS, the 2 thousand people ran after us, trying to kill me. They almost got me so they finally reach the trailor, blood all over myself, cant stop bleeding, then all of a sudden, all 2 thousand people surround the trailor and busts the windows!!!

Even the guys INSIDE with me were shaking! Their hands were shaking cuz they were so scared! So 3 guys inside the trailor had to grab a table and push it over the broken windows and grabbed all the chairs they could find so hold the people from outside back. It was scary as hell! 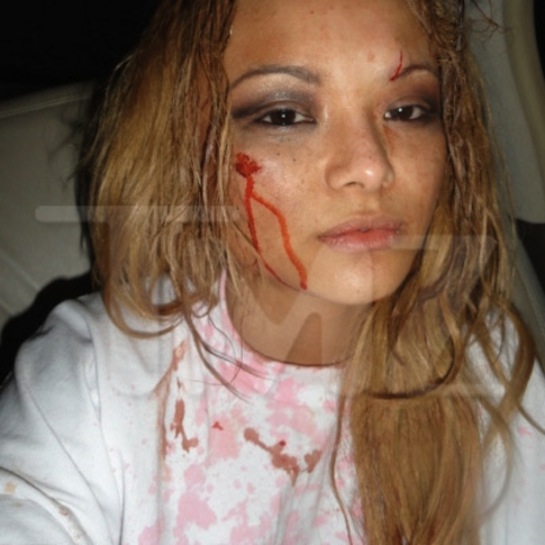