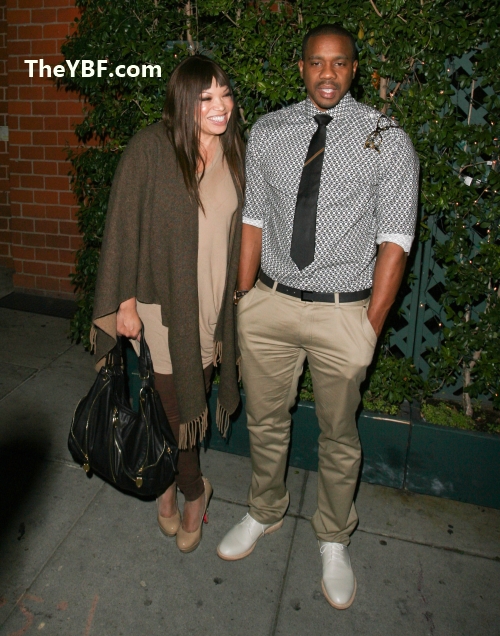 Tisha Campbell & Duane Martin were spotted grabbing dinner at Mr. Chow’s in Beverly Hills. The reportedly happy couple who have been married since 1996 tells us in the video below, they are still happy and together! Â Duane is currently the owner of Impact Sports, a company that represents professional athletes and Tisha is still doing TV and film. Tisha has been working on Lifetime’s new series “The Protector.” Word is that the popular show was just cancelled after its first season, but no official word from the network yet. Either way, Tisha looked in great spirits as she grabbed dinner with Duane after 15 years of marriage. Other Gossip sites are reporting that the couples marriage was over and the love was gone after Tisha caught Duane with his best friend Will Smith!!!! 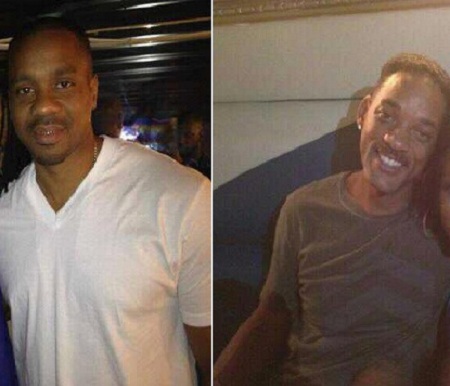 Although these rumors have Â been out for years Â sources say Duane and Will are more than friends. Apparently, in the days before Jada â€œshut down divorce rumors by getting it in at a Miami club,â€ Will was getting it in out of a country with his â€œlong-time friendâ€.

After hitting Drink!, where Will â€œwasnâ€™t wearing his wedding ring,â€ an eyewitness tells Star, Will moved on to local hotspot 51 Degrees, where he and his male pals partied until roughly 4a.m. The next day, he enjoyed a private boat cruise with actor Duane Martin and dined with him at Chaud restaurant that night. Duaneâ€™s wife, Tisha Campbell-Martin, was also 4,000 miles away back in L.A.

Sources also are reporting that Just days later, Will and his pal were spotted together again in Miami hanging out at an Art Basel opening party on Nov. 30 and visiting Red Dot art fair on Dec. 1. As Will and Duaneâ€™s wife-free getaway raised eyebrows, Jada 40, finally flew to Miami to meet up with her husband, and she was spotted with him and famed DJ David Guetta at LIV nightclub on Dec.2.

I really don’t know what to think about all this…. Here’s videos from 4 days ago of Tisha and Duane talking with the paparazzi outside of Mr. Chow about Â there relationships.