TLC Reunion Tour With Image Of Left Eye But Not As A Hologram : Chilli FitFigures Cover

TLC is planning a reunion tour, and all three members of the group are going to be taking part. A rep for TLC tells TMZ Tionne “T-Boz” Watkins and Rozanda “Chilli” Thomas are working on a large U.S. trek set to take place later this year. Five major cities have already been booked, with other locations currently in the works. The late Lisa “Left Eye” Lopes will also be a part of the tour. T-Boz and Chilli reportedly plan to project Left Eye’s image on a big screen and incorporate her vocals into their performance. Some website reported that a hologram virgin of Left Eye will be made for the tour which I was told those rumors are completely false — as of now. 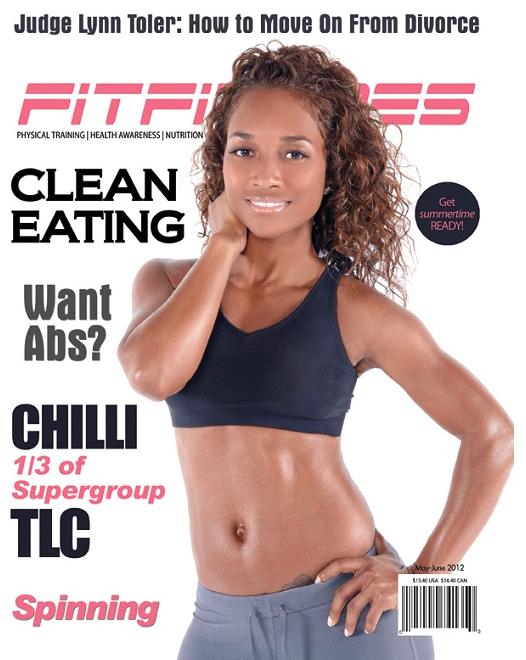 Chilli dawns the new cover of the May/June issue of FitFigures Magazine with double cover stories. Â EURweb reports the Rozanda is a fitness nut, has a great body and makes 40-something look delectable. She tells readers itâ€™s all about a serious routine of good healthy eating and a regular fitness plan.

â€œBeing healthy isnâ€™t just about looking great, for me its about really living your best life. The things you do to and for your body today predict your health tomorrow,â€ Chilli said. .

FitFigures CEO and founder, Dionne D. Davis, explained that the publicationâ€™s goal is to encourage great all around health, especially with women:

â€œOur goal is to reach out and encourage those that struggle with diet and exercise and give support to those that implement this lifestyle on a daily basis and felt that Chilli was a perfect example of how you can balance being a mother and a business woman, and still get that workout in. She is the Twitter mother of workouts. She encourages her fans to workout and eat right. Chilli is the epitome of a multitasker. NO EXCUSES!â€

And Chili has none. The fit mother of one is getting ready to launch her summer camp in which she encourages great health, fitness, and self-esteem.

Wednesday marked the tenth anniversary of Left Eye’s death. She died on April 25, 2002 after a car accident in Honduras. Just a few months after Left Eye’s passing, TLC released their last studio effort, “3D,” which went on to platinum certification.