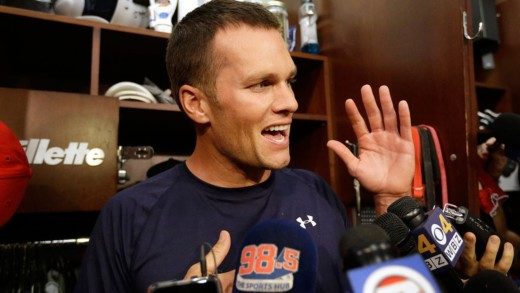 The guy who allegedly stole 2 of Tom Brady’s Super Bowl jerseys has created a big problem for anyone who may have bought stolen sports stuff from him if they don’t turn it in, they could be prosecuted. Mauricio Ortega is the guy suspected of entering the Patriot’s locker room after Super Bowl 51 and pilfering Tom’s game-winning jersey. We’re told, in addition to also finding Tom’s Super Bowl 49 jersey and Von Miller’s helmet, authorities found other items.

As for what Ortega has it could be a lot, because he’s had access to locker rooms at Super Bowls since 2005, and possibly earlier. Now here’s the crazy part if authorities announce other items that were stolen, anyone who purchased them even in good faith has a legal duty to turn the items over to authorities. Law enforcement sources tell us, if the buyers don’t fork over the stolen goods, they could be prosecuted for the crime of receiving stolen property. This kind of stuff happens with high-end collectors. Remember Nic Cage, when he learned a dinosaur skull he bought for $276,000 was stolen, he was legally required to return it and took the loss.