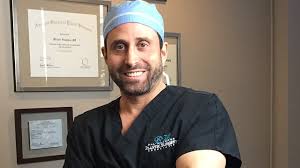 This one-hour, six-episode series follows the eccentric and larger-than-life Dr. Michael Salzhauer; aka “Dr. Miami,” one of Miami’s top plastic surgeons and a social media pioneer. Check out the network’s description below. 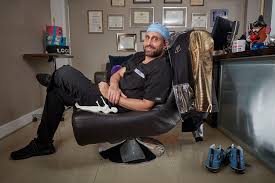 Dr. Miami, who has earned himself the nickname “the booty whisperer,” has attracted millions of followers from all over the world by sharing his uncensored and sometimes unconventional plastic surgery procedures. His patients or “beauty warriors,” as he adoringly refers to them, get everything from breast augmentations and nose jobs to Brazilian butt lifts and tummy tucks live on social media in front of millions of viewers! The insane personal antics and groundbreaking surgery sharing scored him a Shorty Award nomination for the Snapchatter of the Year in 2016.

The original WE tv series captures the fast-paced, humorous behind-the-scenes look at Dr. Miami and his staff, as they snip, tuck, nip AND SNAP their way through the day. As the doctor’s fame and popularity is on the rise, so are the egos and tensions within his team; as everyone is hungry for exposure. The doctor’s unique, jester-like approach is not only fun and entertaining, it also puts the “beauty warriors” at ease as they prepare to go under his knife. Each episode features two surgeries with unprecedented access from consultation to reveal, like you’ve never seen before. Between needy patients, terrified parents, wild antics and inter-office battles, Dr. Miami-land is a never-ending soap opera.

In the first episode, social media music video superstar Adam Barta, best known for his collaborations with reality stars such as Honey Booboo and The Octomom, is on the quest for the perfect nose and sculpted chin. When his chin implant goes missing, there’s panic in the operating room! Dr. Miami’s next “beauty warrior” wannabe, Ashley, wants to be a MILF! She brings along her best friend and her baby daddy, Jovan, who’s against her Mommy Makeover. And her reveal shocks even the doctor. himself! Tune in Friday, March 31st 10pm ET/PT to go behind the scenes as Dr. Miami and his team try to cut through the drama to make his “beauty warriors’” plastic surgery dreams come true! 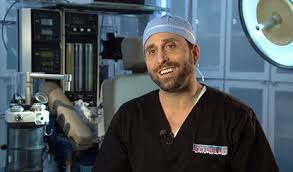 In 2012, Miami New Times selected Michael “Dr. Miami” Salzhauer as the city’s best plastic surgeon. His practice boomed and since 2014, he and his staff have taken pop culture by storm, sharing live surgeries and behind-the-scenes fun on social media, gaining him over 2 million followers across his platforms. With over 10,000 surgeries under his belt, Dr. Salzhauer has been recognized for his artistic approach to the practice of plastic surgery and out-of-the-box marketing. Patients from around the world travel to his Miami-based practice for a chance to obtain impeccable results – and his wait list is two years long.

Rosy is Dr. Miami’s sister-in-law, and the voice of reason who runs the whole practice. She has had to learn to balance that with her side job of being the unofficial team therapist.

Since becoming the face of Dr. Miami’s Snapchat, she has grown into a social media celebrity in her own right. Her fans love that she is one of the only “natural” girls in the office, but she secretly wants a Brazilian butt life (and more!) from the doctor.

Dr. Miami’s second social media coordinator hired one day before Brittany and the two are constantly vying for the doctor’s attention.

Ari earned her doctor’s license in the Dominican Republic, but she helped Dr. Miami grow the business from the ground up instead of pursuing certification in the U.S. and has been on his staff for 11 years.

DRM’s office couldn’t run without Tati, the wise-cracking coordinator that makes sure everyone is cleared for the OR.

A registered nurse and true believer in plastic surgery, Jovanna has worked with the doctor for 11 years, Known as “hawk-eye,” she watches everything and everyone in the office. From patients to her fellow co-workers, she’s got the scoop. And on top of that, she handles anything that arises, from paperwork to crazy superfans showing up unannounced!

Chelsea, OR Director and Recovery Nurse

Ex pediatric nurse in charge of risk and safety compliance for the office, but her main priority is to help with patient’s recovery after surgery in a judge-free zone

Check out the teaser.