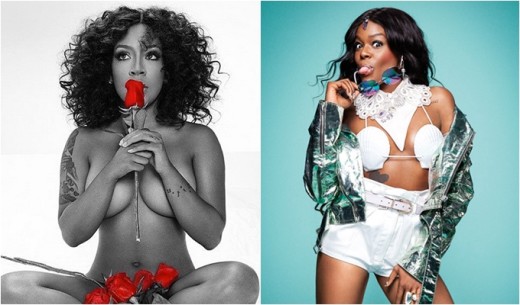 K. Michelle and Azealia Banks’ tour ended before it even began.

The fiesty NY rapper Azealia Banks shared the news with her fans on Twitter, whil K Michelle left a heartfelt emotional post on her Instagram page.  Neither artist fully explained why the tour was cancelled, but K. Michelle’s team saying that she was “unavailable this fall.”  Word on the street is the cancellation was not due to poor ticket sales…  Read what both ladies had to say below. 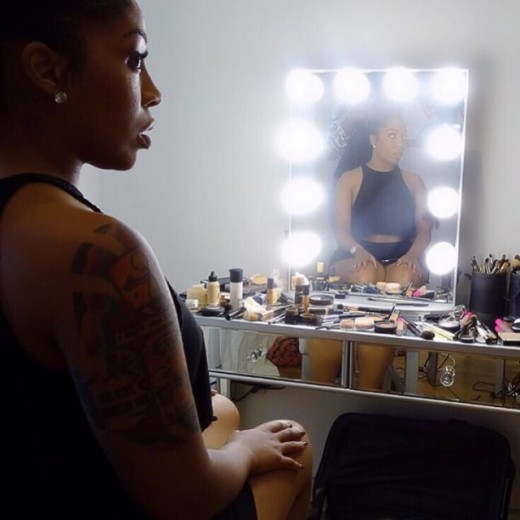 From the desk of K Michelle…

To say I am crushed is an understatement. I try my best to push myself over the limit and if you don’t listen to your body it will make you listen. While currently filming numerous television shows, readying my businesses and working on my new album, I simply cannot overexert myself anymore than I already am.

So it is with a broken heart, I have to postpone the tour with me and@AzealiaBanks at this time. Before the negativity and assumptions from naysayers and media outlets begins, I’d like for everyone to know the truth.

First, there is absolutely no drama between me and Azealia. We have a mutual respect for each other as women and artists. I can’t wait to get in the studio with her and for you all to hear what she’s been working on. Secondly, it wasn’t low ticket sales. Due to such an overwhelming response with this tour there have been conversations about adding a second show in various cities.

Above all, my fans mean the world to me and the last thing that I want to do is disappoint. I want to thank all of you for having my back and supporting me throughout the good and the bad. I can’t wait for all of you to see what’s in store and hear this new music! All tickets that have already been purchased will be refunded and I’ll see you guys at the top next year! New album. New tour. ❤️ -K. Michelle 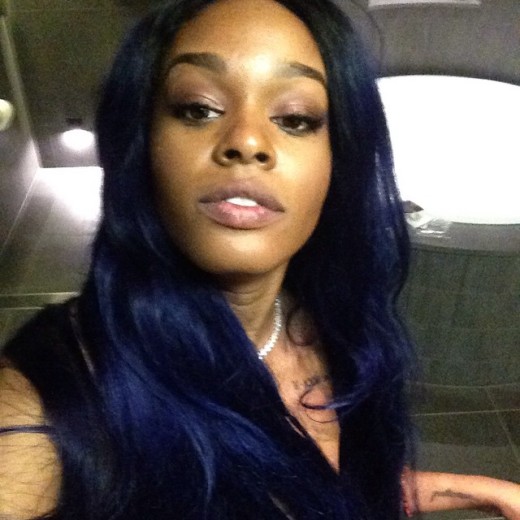 From the desk of Azealia Banks… 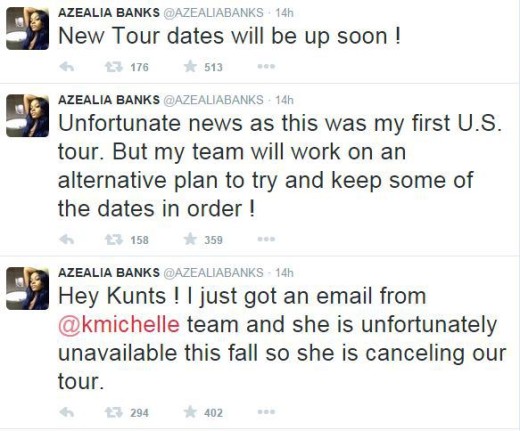