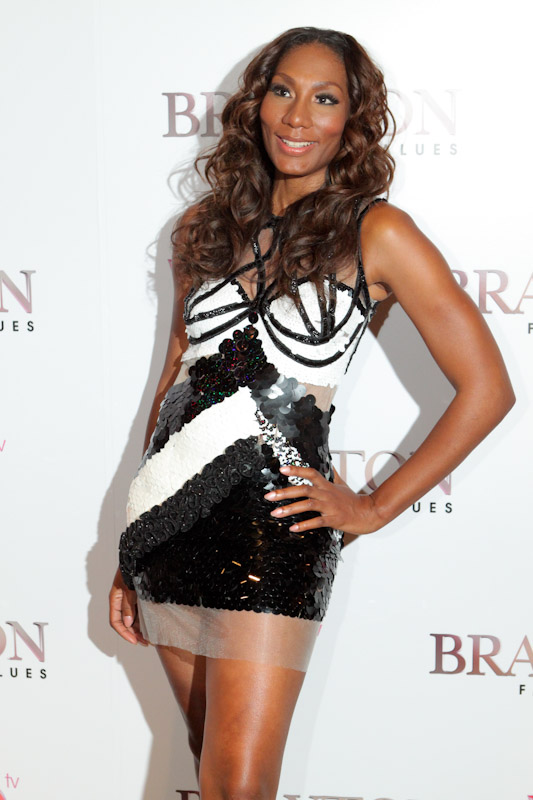 Now isn’t this interesting. The Braxton sisters are still hot on the promo trail for the new season of their hit show, “Braxton Family Values”, and recently sat for an interview with Atlanta’s own Art Terrell (KISS 104).Â  No question was off limits and of course the convo switched to Towanda and her failed marriage to husband Andre Carter. In case you haven’t been keeping up with the show, Towanda and Andre are seperated, yet still live together. You can sense the tension and distance whenever these two have to share aÂ scene. Keeping reading for Towanda’s response to why she won’t just end the couple’s misery and get a divorce.

On why she continues to bring AndreÂ  around her family:

Well you know, me being on the road all the time with my sisters and filming and stuff, I needed someone there of course with my kids and if Iâ€™m not there, their father should be there. Thatâ€™s it.

On saying they are seperated but not “acting” seperated:

Absolutely with the kids itâ€™s a together thing. We do things together. But as far as our marriage, weâ€™re separated. I think that because you are separated or youâ€™re not with that person, you donâ€™t have to be mean and nasty. It doesnâ€™t have to be ugly. Because when mommy and daddy separated and got a divorce it affected us and I donâ€™t want that to ever happen to my kids. So what they see is that their mother loves them and that their father loves them. We donâ€™t argue in front of the kids, they donâ€™t see no type of division, so thatâ€™s what I want my children to see.

On being “seperated” but still living together:

Wait, did I miss something?! Is there no money in reality television anymore? Towanda is making money off of this show, she has the money to move out if she wants to, so why doesn’t she? What are your thoughts? Do you think keeping up appearances “for the kids” is smart in the long run? Speak on it.

All new episodes of BRAXTON FAMILY VALUES air Thursdays at 9/8c on WE TV.