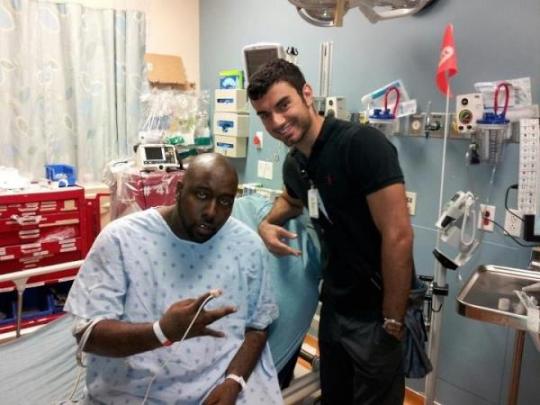 Rapper Trae Tha Truth is said to be doing fine after suffering a minor gunshot wound in a club shooting early Wednesday morning that left three people dead. According to KTRK, the incident took place in the parking lot of Scores Cabaret in Houston, Texas. Police say the shooting occurred around three in the morning as patrons were leaving the club following a performance by Trae and others. Witnesses say the suspect or suspects fired more than 20 gunshots into the crowd. Trae’s publicist says the emcee, whose real name is Frazier Thompson, was hit in the shoulder. One of his affiliates also tweeted a picture of the rapper sitting up in a hospital gown along with the caption “Everybody TRAE is ok.”
Trae Tha Truth recently signed to fellow Southern rapper T.I.’s Grand Hustle imprint. He’s reportedly working on his seventh album, “Street Life.”