‘TIL DEATH DO US PART 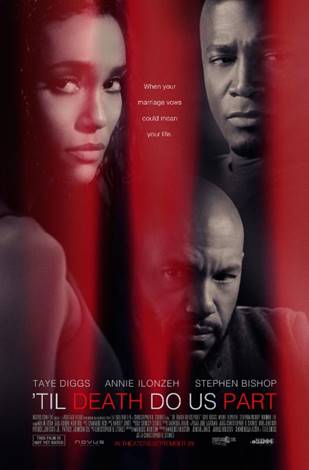 Michael & Madison Roland, had planned to spend the rest of their lives together, until one day Michael’s controlling ways turned their perfect marriage, into an abusive rollercoaster no woman could survive. With the help of her best friend, Madison decides to get away. After adopting a new identity, she meets Alex Stone and learns to love again. All is well, until Michael discovers Madison’s whereabouts, and recreates the nightmare she once lived all over again.

Writer: Christopher B. Stokes with Screenplay by Marques Houston

Taraji P. Henson has been announced as the host for the upcoming 2021 BET Awards! Plus: Queen Latifah will be honored with the prestigious "Lifetime Achievement BET Award."
Read more
Atlanta

First it was the police killing people now we are killing our own. According to 11alive reports, Atlanta police were busy investing multiple shooting...
Read more
Black Entertainment Television

As you know Beyonce just ink that big Disney deal to produced content for Disney Plus. Her first one is here called Black is...
Read more
Atlanta