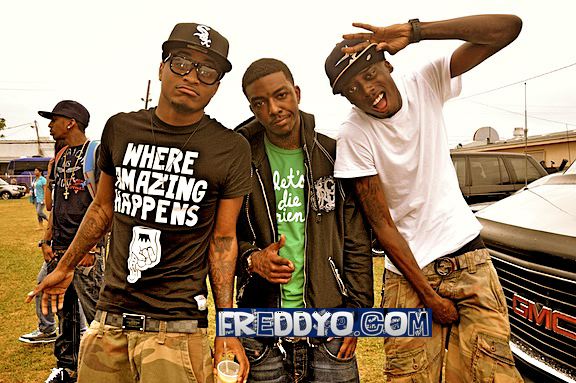 (11/30/2010) Travis Porter has been behind the scene hustling and grinding for years. I know you all thought it was one person like I did in the beginning but the trio which consists Strap, Quez and Ali have signed a new deal with Jive Records, where they will finally release their major label debut. They aren’t in a rush to release a debut album they are keeping up with their busy tour schedule. Follow me Courtney Luv on Twitter