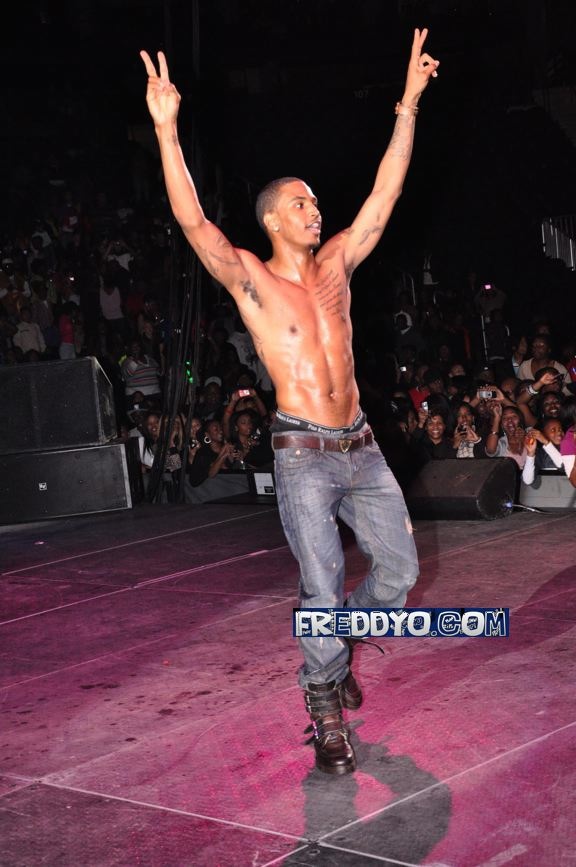 R&B star Trey Songz will be hitting the road next month for a special four-city trek. Rap-Up.com is reporting that the “Bottoms Up” singer will be kicking off his “Love Faces” tour on February 11th in New York City. Trey Songz will perform dates in Washington, D.C. and Detroit before wrapping up his tour on Valentine’s Day in Chicago. Tickets for the tour go on sale Friday, while tickets for the New York show will become available at a later date.
Trey Songz is touring in support of his 2010 album, “Passion, Pain & Pleasure.” The record debuted at number two on the Billboard 200, and has sold more than half a million copies in the U.S.