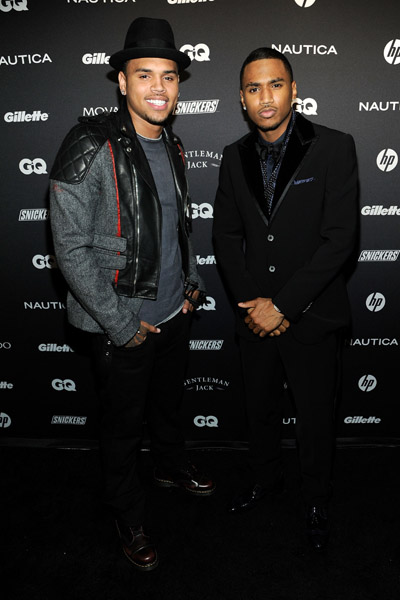 Earlier Trey Songz sent out a tweet about Chris Brown that had is fans in an uproar. He responded to a question asked from one of the Team Breezy Fans. The Girl that tweeted Trey Songz was simply saying that she thought it was a great marketing idea for Chris brown to leak the naked pics due to his upcoming album release. So Trey Songz responded:

By Trey saying that everyone took it as a direct hit towards Chris so before any mayhem could get started today about Trey going HAM on C Breezy he immediately nipped it in the bud and says that C Breezy and he will always have love for one another. 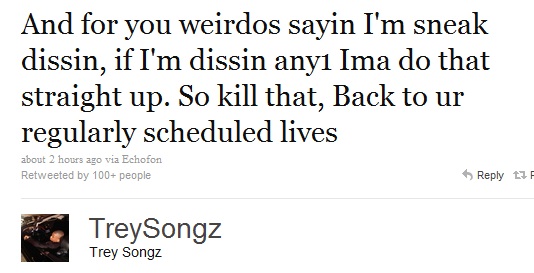 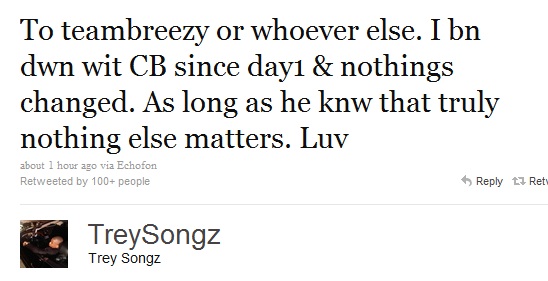 So there you have it guys, it is possible for the celebrities to make fun of each other and it be nothing but a little innocent diss. Be cool Team Breezy fans we know you guys don’t play when it come to Chris Brown with yalls over protective selfs.. LOL

Over the weekend Chris Brown did a radio interview. He impersonated Trey Songz and R. Kelly while making fun of a cologne called “SKEETE”. It was all out of fun, just joking around on his colleagues signature singing habits.

Take a look at the Video: