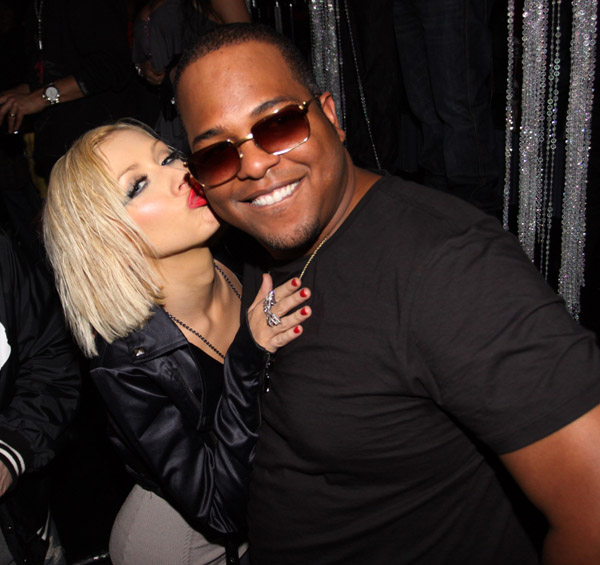 The homies over at Concreteloop.com posted these pictures ofÂ Singer Christina AguileraÂ and Producer/songwriter Tricky StewartÂ  at his Pre-Grammy party on Friday in Los Angeles, California. The party was held at Wonderland andÂ many celebs came out to showÂ  love.

Christopher”Tricky” Stewart is an American songwriter, music producer, music publisher, executive producer, recording industry executive and recording studio owner. In a career spanning 16 years, Stewart, at the helm of his company RedZone Entertainment, is responsible for over 25 million records sold.

IF YOU WANT TO SEE ALL THE PIC’S CLICK HERE