Trina Sets the Record Straight About Her and French Montana 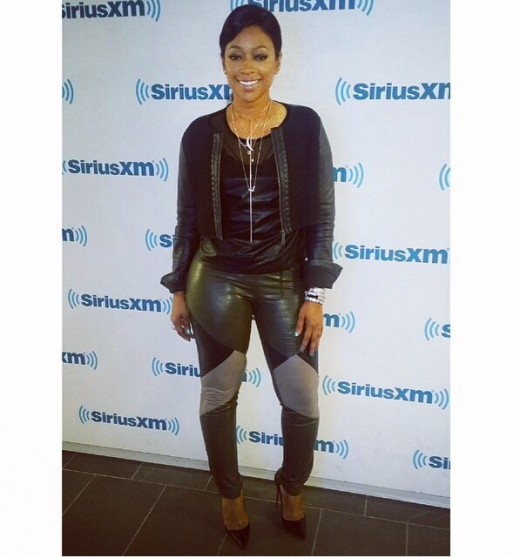 The baddest, Trina, stopped by Power 105’s The Breakfast Club! She was there to talk about her music, and sets the record straight about her and French Montana’s relationship!

In the video on 105’s site, Trina looked rather uncomfortable at the mention of French’s name. Angela Yee mentioned that French had insisted that he and Trina were “nothing serious” and that he was “just having fun.” That didn’t go over well with Trina.

We wasn’t in a relationship….there’s a lot of reasons…I guess now we can see why. I mean, you just really have a lot of growing up to do.

The self-proclaimed “baddest b*tch” went on to say, “I could come up here and expose you and bash you, but I’m so much better than that!” She claims to have the key to French’s place, to have designed everything in it, to have put the rapper up during his trips to Miami, and much more. She says that she wants to make it clear that she wasn’t just a fun girl. “I wasn’t the kind of friend that you just met at the club and we was smashing…let’s be clear.”
And to make matters worse, it seems that Trina didn’t know that French was dating Khloe Kardashian until she saw it online.

I found out like the rest of the world. It was all over the internet, it was all over my Twitter, my Instagram…it’s a little surprising when you’re living with somebody that they’re running around with someone else.

This isn’t the first time someone’s accused French of being less than a standup guy. For years, the rapper’s ex-wife, Deen Kharbouch, has accused him of abandoning his family after his career took off.

After a small break in September, it looks like French and Khloe are definitely back at it. They were spotted at Kendall’s 19th birthday party dancing in very close proximity. If Trina’s song “F Love” WAS actually about French Montana, I don’t think any of us could blame her.