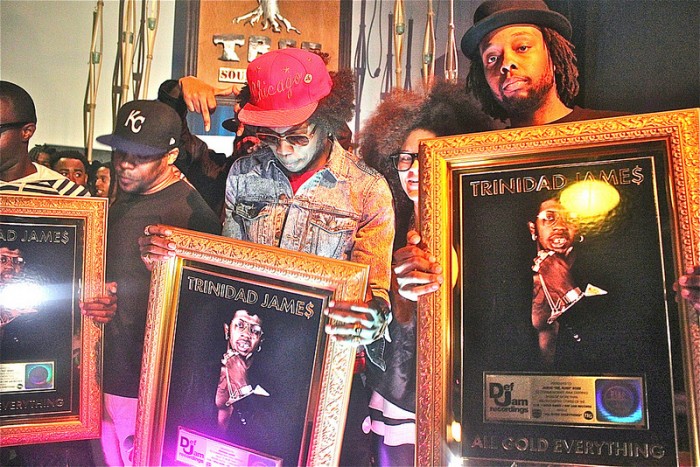 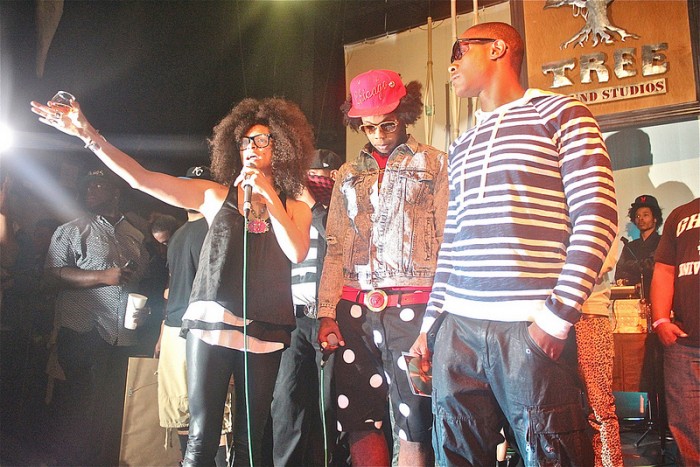 Pop the Mali (Hunter) that is- WE SWEAT’N! Whew!!! Seems a house full of D.J.’s, Bloggers, Magazine Journalists and the Trinidad/Nick James Camp of Family and Friends paid homage to Trinidad James for going “GOLD” on his All Gold Everything Album. If there’s ever a rapper that had positive energy, the ability to turn everything Gold from speaking it into existence was evident with the Trinidad James “All Gold Everything Campaign”. Last night 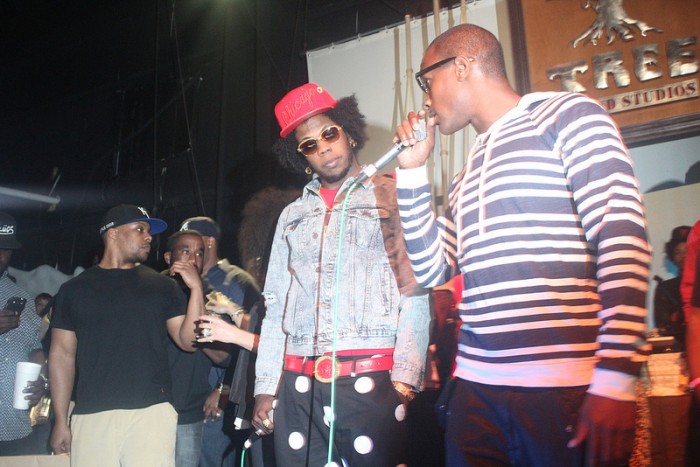 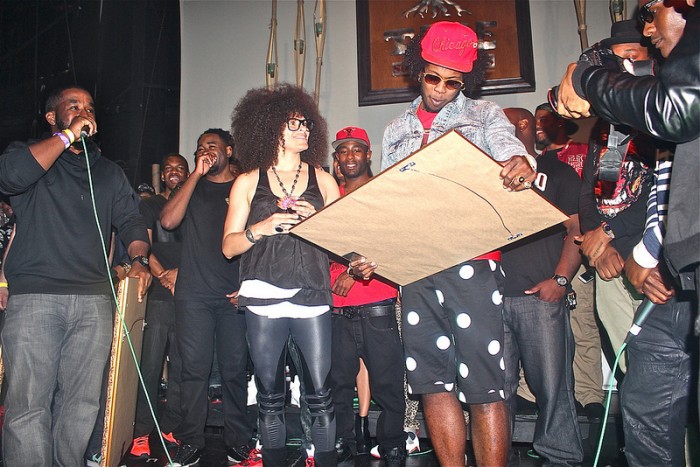 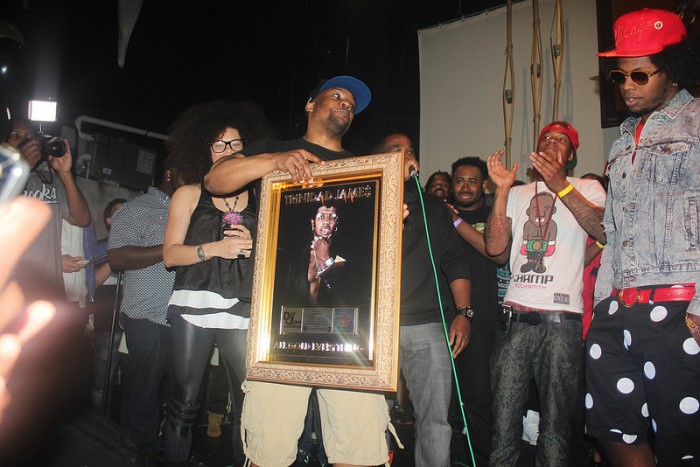 All Gold Everything – Is it me or are the plaques getting bigger? 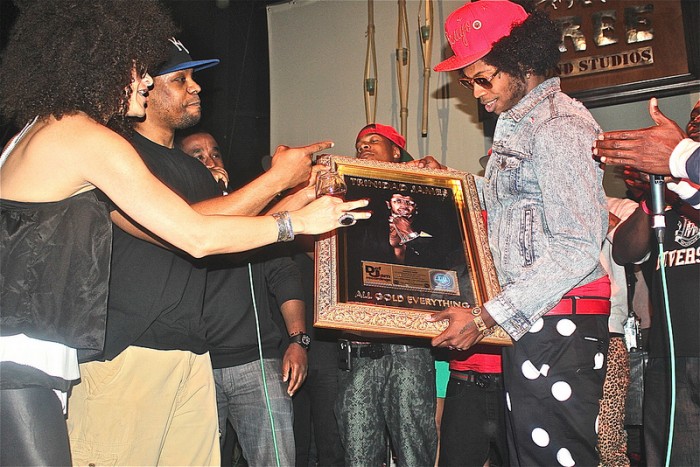 This has got to be the biggest reward for a new artist. Your first Gold Plaque on your first Label Album. 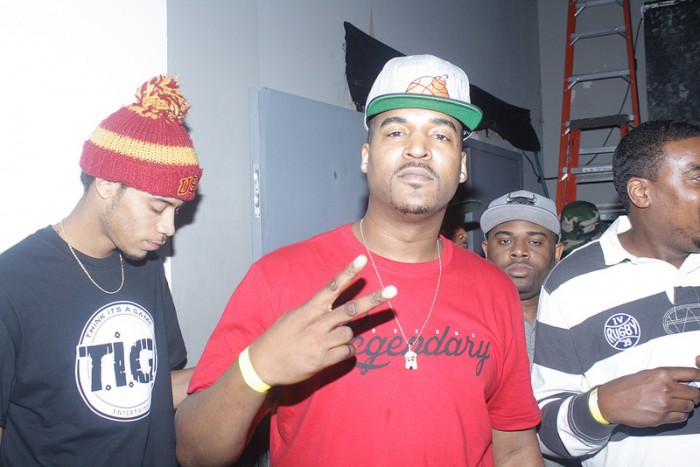 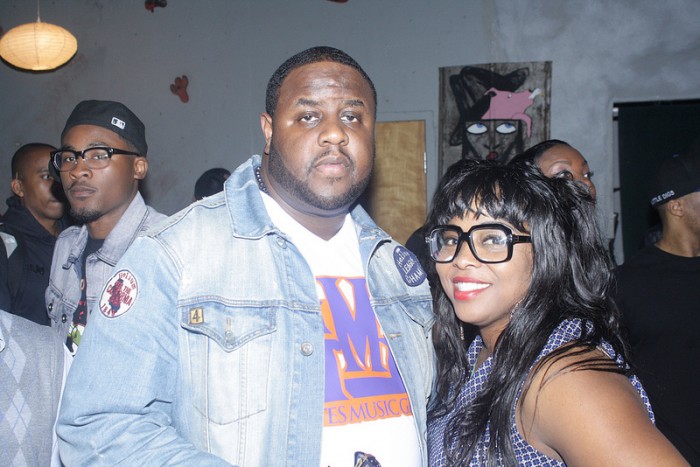 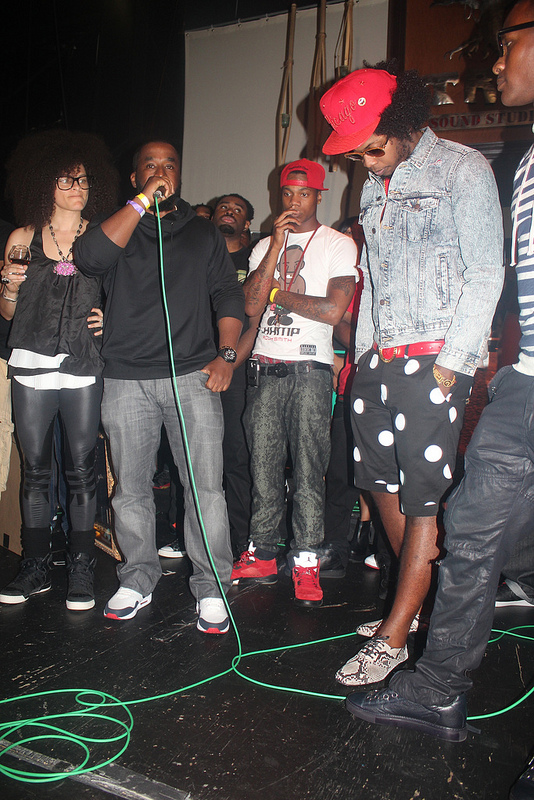 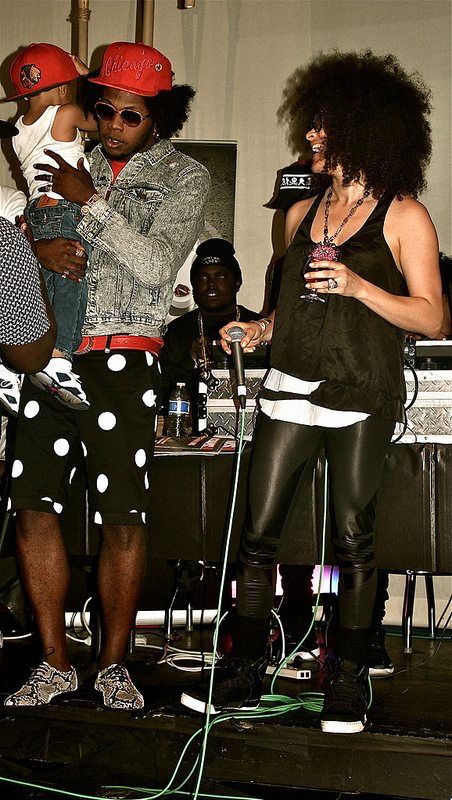 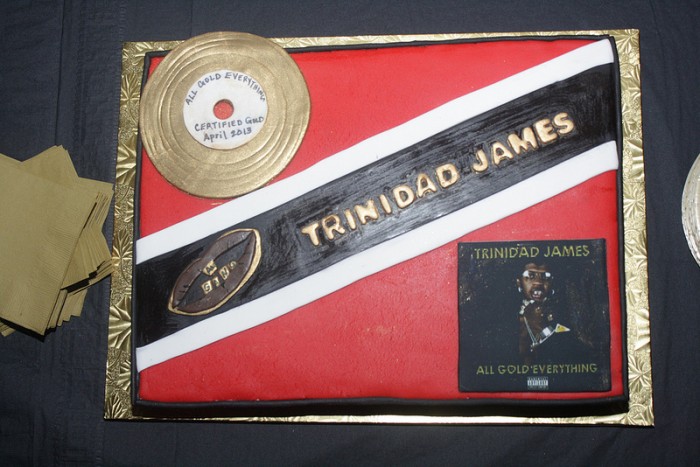 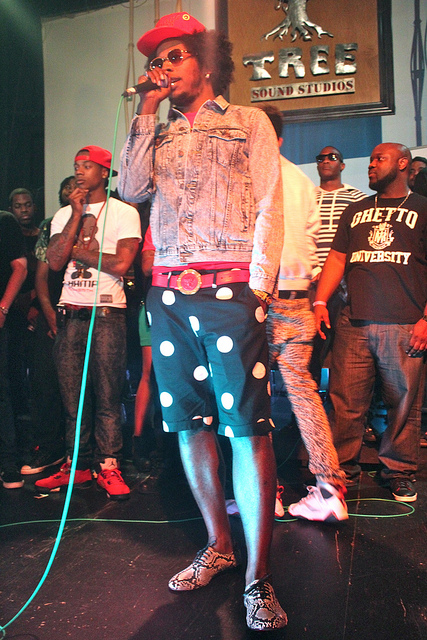