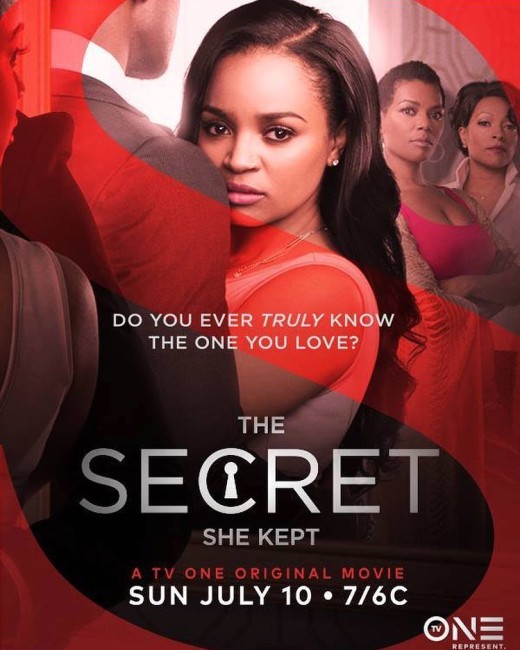 I had the opportunity to sit in on an interview with the good people over at TV One and the cast of the highly anticipated film “The Secret She Kept” a novel by Reshonda Tate Billingsley. I had the opportunity to watch the film and it’s truly amazing. The movie addresses issues of mental illness and how it impacts the whole family.

Kyla Pratt is not Penny Proud in the new TV One film based off the novel “The Secret She Kept” by Reshonda Tate Billingsley. The starlet channels all sorts of emotions as she stars as a high-powered attorney dealing with a secret illness. The movie is truly star-studded staring Gavin Houston (“Tyler Perry’s The Haves and the Have Nots”), Vanessa A. Williams (“Soul Food”) and Kellita Smith (“The Bernie Mac Show”).

“The Secret She Kept” deals with the complex relationship of being in love with a personal with mental illness. In the book the question how far will you go to save someone you love and trust when they’ve kept a dangerous secret for years? That’s the question facing Lance Kingston, a successful Houston magazine executive whose recent marriage to beautiful, high-powered attorney Tia Jiles seemed to promise a bright future for both of them. But under the surface, a fierce and frightening storm was brewing. That’s because Tia never revealed to Lance what she and her family have known since Tia was seventeen—she has an illness that takes over her mind, transforming her into a raging, violent woman hell-bent on destruction. Bipolar disorder. Schizophrenia. Tia is pregnant, and Lance will stop at nothing to keep his troubled wife and unborn daughter safe. But at what price?

The film is truly done well and I had the opportunity to ask TV ONE Tosha Whitten-Griggs, TV One’s SVP of Communication and she had the following to say,

We at TV One endeavor to tell quality and compelling stories. We are steadily uping our game and increasing our talent. We are attempting to be better and provide entertainment that our demographic can benefit from and truly enjoy. We went from doing 1 movie a season to a new movie every month. We are coming off the highly successful “Love Under New Management”. We are striving to increase volume without sacrificing the quality.

Before the pandemic, covid, and now we are back outside in time to see the highly anticipated movie starring Jennifer Hudson, as the legend...
Read more
Television