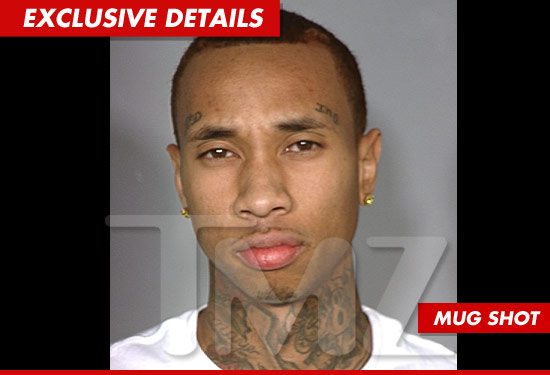 They saying Rapper Tyga got locked up in Las Vegas over the weekend after cops discovered the 22-year-old had an active warrant out for his arrest.

Law enforcement sources tell TMZ that Tyga who’s real name is Michael Stevenson was initially flagged on a routine traffic violation. During the stop, cops discovered the warrant stemming from 4 other traffic incidents.

According to KSNV in Nevada … Tyga‘s prior issues include driving without a license, registration violations and unlawful acts of financial responsibility.

The “Rack City” and “Coconut Juice” rapper was hauled to the Clark County Detention Center where he was booked and tossed behind bars. He was released the next day on his own recognizance.