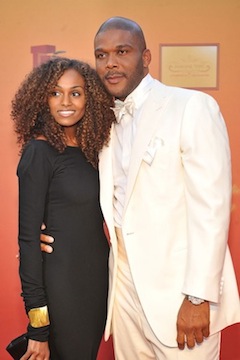 I have to say i am kinda lost for words after reading on MediaTakeOut that Atlanta’s own Tyler Perry is engaged and is getting married. Just so yall know Gelila Bekele and I had a lot of common friends…. LOL HUmmmmm? Can you say story!!!!

Here’s what MTO had to say about the engagement:

Ladies and gents . . . the most eligible BLACK bachelor in Hollywood, Tyler Perry is about to be OFF THE MARKET

According to an IMPECCABLY CREDIBLE SNITCH, Tyler “girlfriend” model Gelila Bekele told friends in New York on Monday that she and Tyler are talking about getting married.

According to one of Gelila’s pals, the couple have already looked at rings, and are scouting locations for the nuptials.

So what about . . . TYLER BEING GAY (allegedly), you ask. Well according to ANOTHER Hollywood insider, Tyler is looking to repair his image amongst Black folks. He believes that recent criticism among Black actors and writers, is impacting the ticket sales on his latest moves. And that, at least part of the criticism levied against him, is rooted in homophobia.

So that as part of an upcoming PR campaign, Tyler is planning to “remove all doubt among [his tv and movie] viewers, that he is a heterosexual man.” 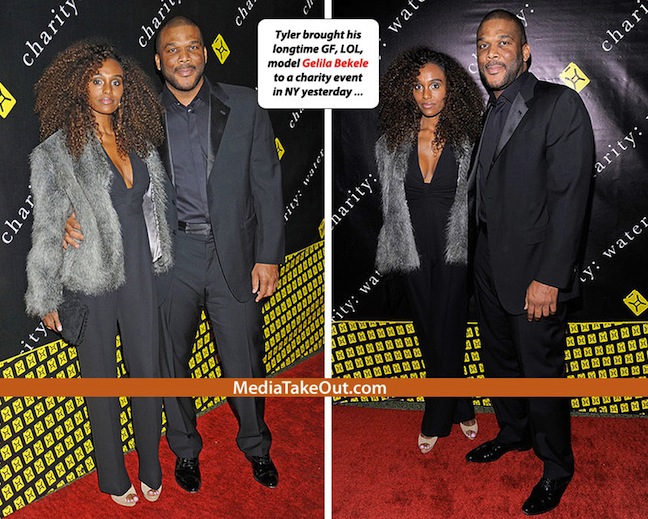 What yall think is are they?