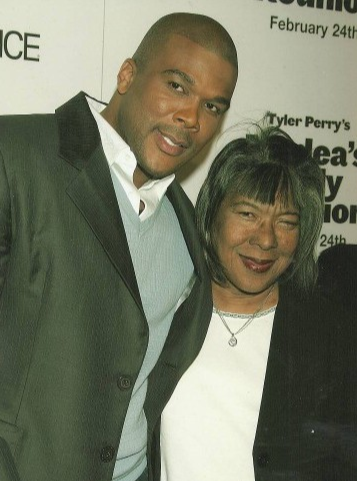 My thoughts and prays are with Tyler and his family after hearing that his mother passed. Tyler Perry’s mother, Willie Maxine Perry, died Tuesday.

“Thank you for all your prayers,” Perry said on the “e-mail messages from Tyler” section of his online site tylerperry.com.

Perry said he based his most popular — and notorious — character, Madea, partially on his mom. Late Tuesday morning, he sent out posts on his FaceBook and Twitter pages directing fans and followers to his Web site saying, “I just sent out an email that Iâ€™d like to share with you. Please check it out.”

According to the FaceBook page “Please Pray for Mother Maxine Perry — Tyler’s Mom,” she has been sick since late August, although no details about an ailment werementioned.

Maxine Perry was a pre-school teacher who worked at the New Orleans Jewish Community Center most of her life. Perry said he and his siblings endured the abuse of their father Emmett R. Perry Sr., for whom Tyler was named before changing his name. But he said his mother bore the brunt of the abuse when he was younger.

Perry was reportedly planning to go on the road for another tour of live “Madea” shows, according to StraightFromTheA.com, but it is unclear how his mother’s death will impact his schedule.