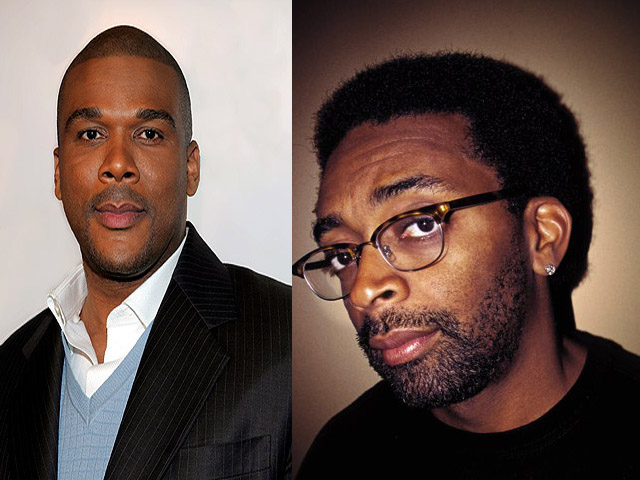 My man Tyler Perry showed us how he really felt about your boy Spike Lee’s negative comments towards his films.Â Spike has been known to make a fewÂ derogatory comments about the “quality” of Tyler’s films. Perry has remained a gentleman and professional thus far but evidently he is now fed up.Â When recentlyÂ asked about the comments, Tyler had this to say: “Spike can go straight to hell!” SN: I wonder if he said it in his Tyler or Madea voice LOL

Tyler also had this to say:

â€œI donâ€™t even understand it.Â  There [are] so many people who walk around, and this is where the whole Spike Lee [issue] comes from â€” the negativity, â€˜This is Stepin Fetchit,â€™ â€˜This is coonery,â€™ â€˜This is buffooneryâ€™ â€” and they try to get people to get on this bandwagon with them, to get this mob mentality to come against what Iâ€™m doing.â€

â€œWhat they donâ€™t understand is this, and this is what I want to make perfectly clear to everybody, especially black people: I’ve never seen Jewish people attack Seinfeldand say, â€˜This is a stereotype.â€™ Iâ€™ve never seen Italian people attack The Sopranos, Iâ€™ve never seen Jewish people complaining about Mrs. Doubtfire or Dustin Hoffman and what they were doing in Tootsie. I never saw it. Itâ€™s always black people, and this is something that I cannot undo.â€

I think Tyler makes a good point. He should keep doing his thang. As long as people go see the movies, he should keep making them. His movies employ many black actors and actresses some of which we haven’t seen for years. We all know everyone has anÂ opinion on everything. Sometimes people should keep them to themselves. Hint hint Mr. Lee. LOL