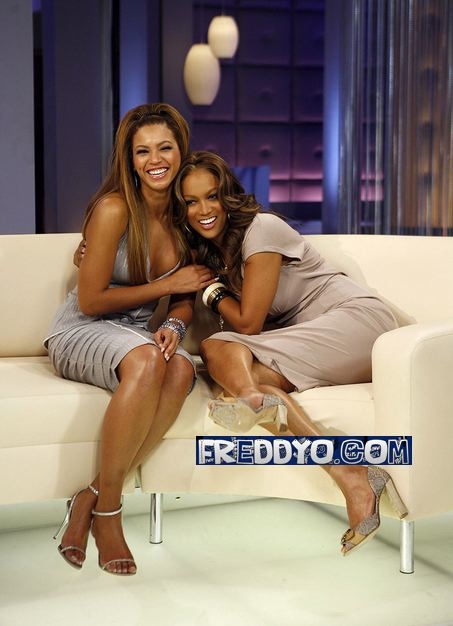 After five seasons, two Daytime Emmy awards and too many girl-power episodes to count, Tyra Banks is announcing the end of The Tyra Show.
â€œThis will be the last season of The Tyra Show,â€ Banks tells PEOPLE exclusively. â€œIâ€™ve been loving having fun, coming into your living rooms, bedrooms, hair salons for the past 5 years.â€
Wrapping at the end of its fifth season in the spring of 2010, it will be lights out for the show that brought viewers memorable weave-exposing, cellulite-revealing and tear-jerking moments.
Banks will focus on the launch of Bankable Studios, a N.Y.-based film production company currently reviewing possible projects. Sticking to her mission, Banks aims to bring â€œpositive images of women to the big screen,â€ says an industry insider.
â€œMy next huge steps will allow me to reach more women and young girls to help us all feel as fierce as we truly are,â€ Banks says.
Adds the insider: â€œTyra is sad because sheâ€™ll be missing so much of the daily connection to her viewers, but excited at the same time to be taking on a new challenge.â€

With encouragement from filmmaker Tyler Perry and longtime mentor Oprah Winfrey, Banks is â€œredefining beauty for women in film,â€ adds the source. â€œWith Oprahâ€™s big announcement this year, I think that gave Tyra the confidence to get out there and follow her longtime dream of film producing.â€
But fashion fiends worry not. Americaâ€™s Next Top Model is slated to return for its 15th season in February along with Banksâ€™s ABC show True Beauty.
â€œThereâ€™s a lot cooking right now and a lot of fire burning in my heart,â€ Banks writes in an open letter on her Web site. â€œAnd I salute you my amazing family of viewers; without you there never would have been a Tyra Show. I really love you all.â€ â€“Amy Elisa Keith