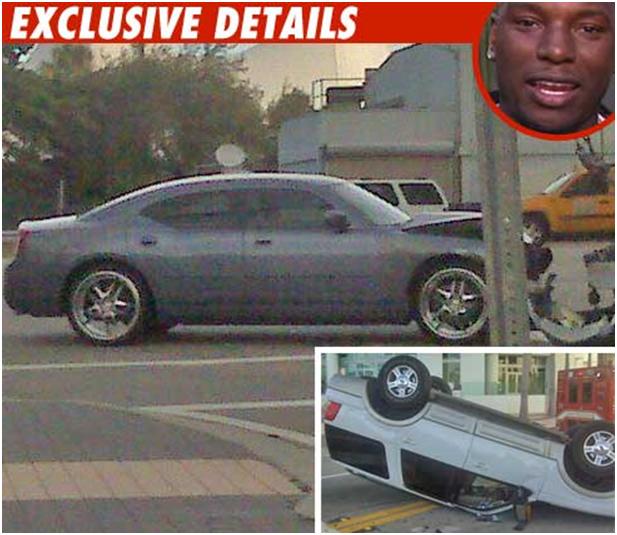 Tyrese is no longer facing felony charges after getting into a car accident last month in Miami. TMZ.com is reporting that prosecutors officially dropped the case against the music and movie star on Tuesday. On January 25th, Tyrese and Sheena McCleary were given felony citations for “Leaving the scene on public or private property – injury” after getting into an accident on January 4th. Tyrese was photographed speaking to police following the incident. Both drivers were cited, and they left the scene together in a cab. Shortly after the accident, Tyrese wrote on his Twitter account, quote,

“Mother of five left without 1 scratch and we ended up hangin at the spa for a massage.”

LOL good cover up… Not!!! What do yall think?