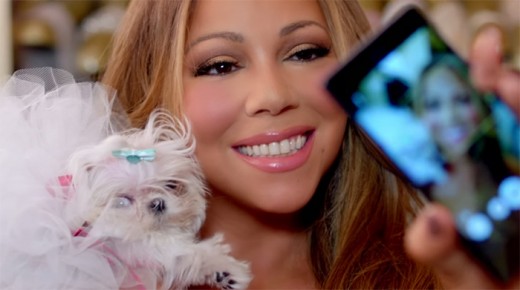 Looks like Mariah Carey is single and ready to mingle in the new video for her latest single“Infinity”.  The song appears on her greatest hits album #1 to Infinity.  Some of the was shot during her live show at The Colosseum at Caesars Palace in Las Vegas.  It also shows Mariah looking for love on the Match.com dating app on her cell phone.  She even has her own profile and based on that she likes them young! 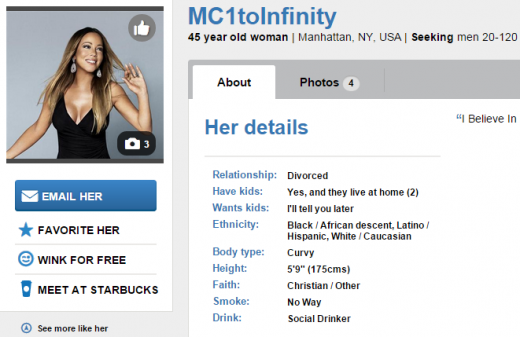 Also featured in the video is fellow Vegas performer Tyson Beckford, who shows up shirtless at Mariah Carey’s door!  But it’s“Empire” star Jussie Smollett that finally wins her heart!  Check out the video for “Ifinity” below!