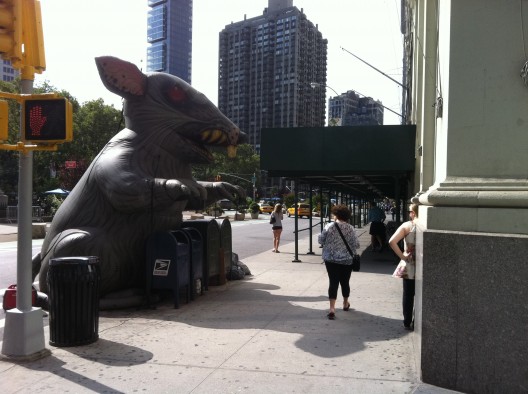 Jay-Z may be on vacay right now with his pregnant wife Beyonce over in Venice, Italy but there is all types of hell being raised here in the U.S. while he’s gone. As of now Jay-Z’s 40/40 club is being remodeled and a local union is pissed because Jigga is using non-union workers to do the remodeling. To show just how upset they are, they have put up giant inflatable rats outside of the club. Why rat inflatables? A spokesperson for the group said:

“A rat is a contractor that does not pay all of its employees the area standard wages, including either providing or making payments for family health care and pension benefits. Shame on theÂ 40/40 CLUB & Shawn Carter aka Jay-ZÂ for contributing to the erosion of area standards for New York City carpenters.” 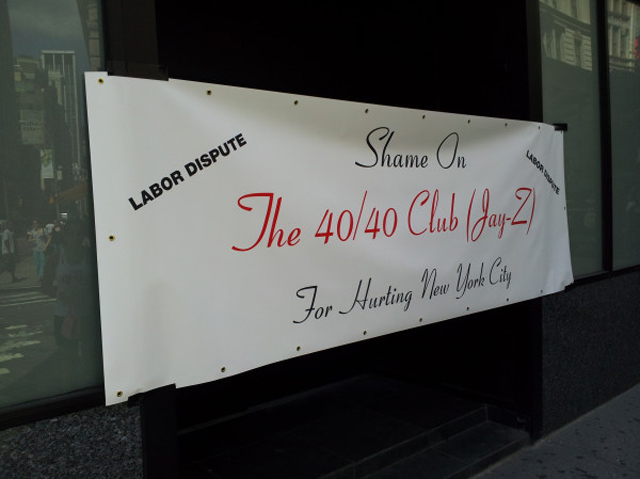 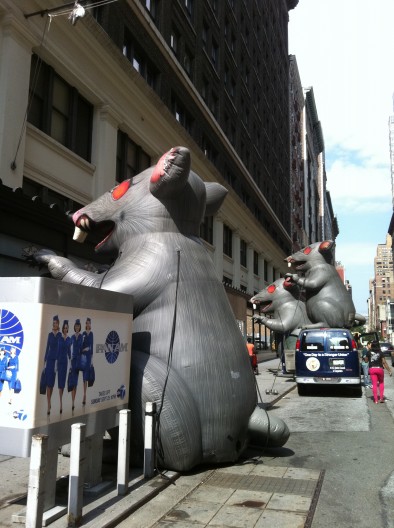 Either way, a rep for the 40/40 club has come forth to speak about the situation. They say that they are not required to hire union workers because the club is located in a non-union building. The rep also said that the workers using racial slurs is a “poor tactic”. All in all, it’s not a good look for Jay-Z. I’m interested in seeing what he has to say about all of this.