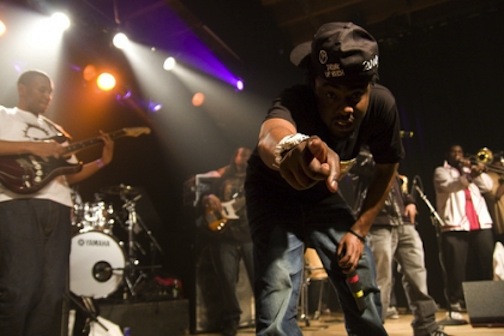 Wale’s weekend performance at the University of Mary Washington has caused the school’s president to issue an apology. In a letter to Fredericksburg, Virginia’s “Free Lance-Star,” Rick Hurley says he’s sorry some people were offended by Wale’s performance. He writes, quote,

“I am sorry that a high-spirited weekend on campus ended on such a negative note for some of our closest neighbors who were offended by both the volume and the content of the music.”