UPDATE: Reasons Why Apollo Was Arrested 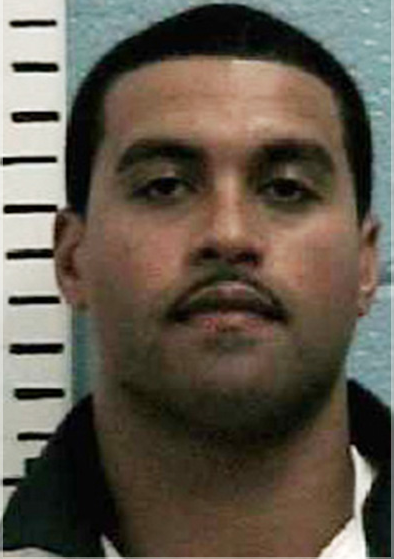 Real Housewives of Atlanta co-star Apollo Nida surrendered to US Marshalls on charges of bank fraud and aggravated identity fraud. Nida appeared in front of a US magistrate judge at US District Court in downtown Atlanta.

If you recall, Nida served time in federal prison for altering VIN numbers on vehicles and other sundry criminal activities. Nida was previously imprisoned from 2004 to 2009 for breaking federal racketeering laws related to auto title fraud. He married Parks, an attorney, in 2009 and they have since had two children. His wife, Phaedra, represented him in that case. 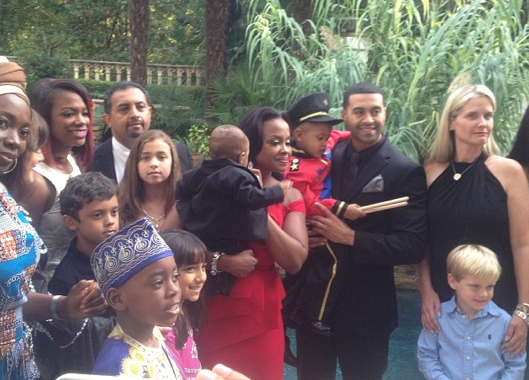 Now apparently he did not learn his lesson the first time around and the reality TV show paychecks  just weren’t enough for Apollo. I mean he does have to provide for a growing family with his loving wife and celebrity attorney Phaedra Parks.

According to AJC, Nida has been quietly committing major bank fraud since he was released from Georgia State prison back in 2009. Despite being a TV star, Nida never officially retired from his life of crime.

Update: Nida appeared in front of US District Judge Brill and was granted a pretrial bond. This is significant because he is currently on state parole in Georgia, and due to the seriousness of his crime the charges usually trigger a state parole violation. Oh, no! Will the government plan to prosecute his wife, Phaedra, as well? Could she have known that this was going on? 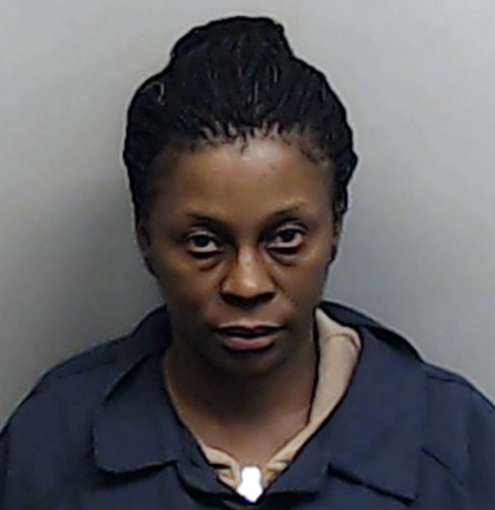 Rodney Ho of the AJC’s Radio & TV Talk has obtained the criminal complaint which details Nida’s criminal enterprises (it’s a lot worse than we thought):

Alexandre Herrera, a U.S. Secret Service Agent in the Counterfeit and U.S. Treasury Check Squad, in a written affidavit, charged that Nida created fake companies, enabling him to access databases to find individuals to rip off. He opened fake bank accounts under those real names and funneled stolen U.S. Treasury checks and auto loan proceeds into those accounts.
The agent in February 2012 began investigating alleged criminal activities of Gayla St. Julien, who he said was opening bank accounts under stolen identities to commit bank and check fraud. The investigation ran until September, 2013. At that point, they found 40 bank accounts tied to her. The complaint provided a sampling of bank accounts totaling about $3 million tied to alleged fraudulent activities.
The office also identified two fake debt-collection businesses used to “illicitly obtain personal identifying information of individuals.” The companies used LexisNexis and Equifax database inquiries to steal identities. St. Julien was arrested on Sept. 11, 2013 by the Secret Service. She implicated Nida as the man who orchestrated many of the alleged fraudulent schemes. She had worked with Nida since 2009.
St. Julien “described herself as NIDA’s ‘right hand b*tch’ in executing the legwork of his fraud schemes,” Herrera wrote. She told him she received “scraps” compared to how much he pocketed.
Nida would allegedly steal real people’s identities and have St. Julien pretend to be them to open bank accounts. She would then deposit fraudulent auto loan checks, stolen U.S. Treasury checks, stolen retirement checks issued to Delta Airlines employees, and checks in the names of real people that were owed unclaimed property from various state and federal government agencies, according to the criminal complaint.
He also opened a fake auto dealership (such as Ferrari Autohaus) and [applied] for auto loans in the names of stolen identities. After the arrest, the agents had St. Julien tape record conversations with Nida in which he explained many of his schemes. At one point, they obtained a federal search warrant of Nida’s vehicle and seized evidence, including a bank debit card in the name of Ferrari Autohaus Inc., cell phones and a laptop computer.