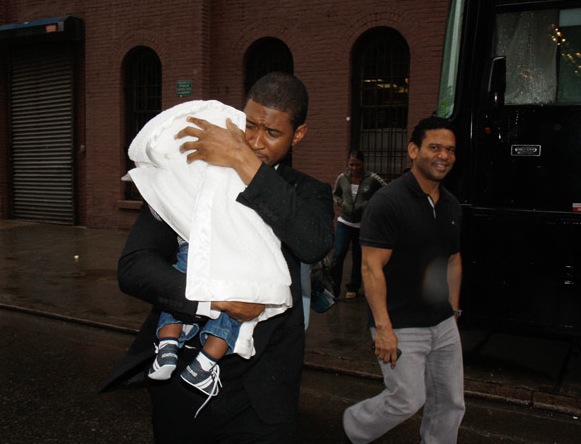 His wardrobe may be filled with crisp suits and coordinating fedoras, but Usherâ€™s sleek style is no match for his two young sons!

â€œHaving kids man, donâ€™t wear white. Have you ever had an explosion?â€ the singer asked George Lopez on Lopez Tonight Thursday. â€œChanging the diaper, obviously when they gotta go they gotta go.â€

But fatherhood is much more than dirty diapers and juice stains, Usher, 31, points out. â€œOne of the most incredible experiences in life is to be able to put all of your energy and effort into making sure that you raise an incredible young man,â€ he says of his children with ex-wife Tameka Foster.

â€œI have two young boys that I love very much and I just want them to be the most incredible young men that they can be.â€