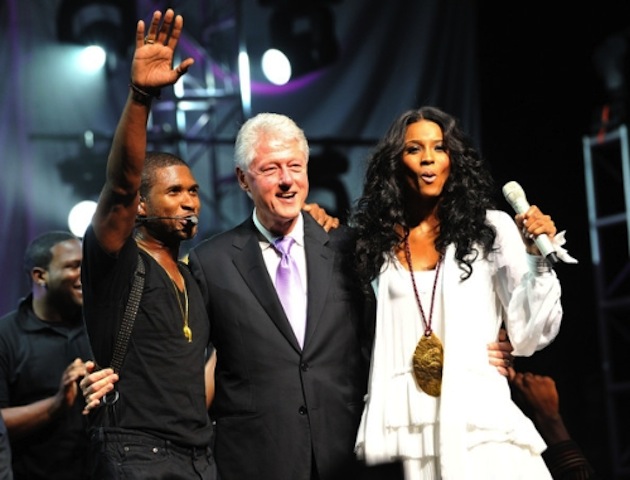 R&B star Usher hosted his first World Leadership Awards event in Atlanta, Georgia Friday night. The “OMG” singer tells MTV News he was inspired to create the ceremony by one of the country’s former presidents. Usher remarks, quote, “It was an idea that was born in New York City with President Clinton. Being a part of the Clinton Global Initiative every year has given me the opportunity to do something with the youth that I felt like would talk to the rest of the world.” Celebrities like producer Jermaine Dupri, singer Ciara, and teen pop sensation Justin Bieber were also in attendance at Usher’s World Leadership Awards.
Usher’s New Look Foundation backed the event. His charity also donated 150-thousand-dollars for a mobile clinic that will travel to Haiti. Usher calls the donation a “huge step toward youth addressing world issues.” Here are all the pic’s