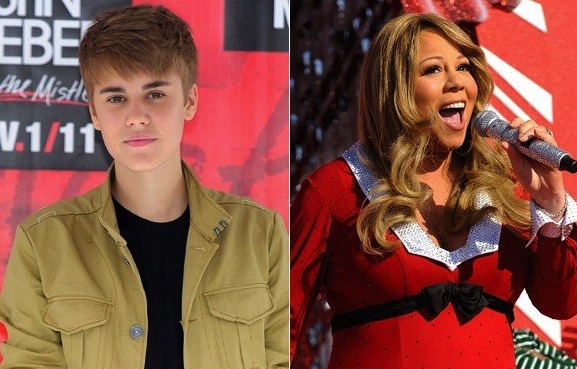 Usher will be celebrating the holidays with his protege. Justin Bieber has revealed via Twitter that Usher will be one of the many artists featured on his upcoming Christmas album, “Under the Mistletoe.” The Biebs also announced that Busta Rhymes and Boyz II Men will be on the record, along with country group The Band Perry. Pop diva Mariah Carey will also be teaming up with Justin for a re-recorded version of her holiday hit “All I Want For Christmas.” Justin Bieber’s “Under The Mistletoe” will be arriving in stores on November 1st. The first single off the record, “Mistletoe,” is set to arrive on October 18th.